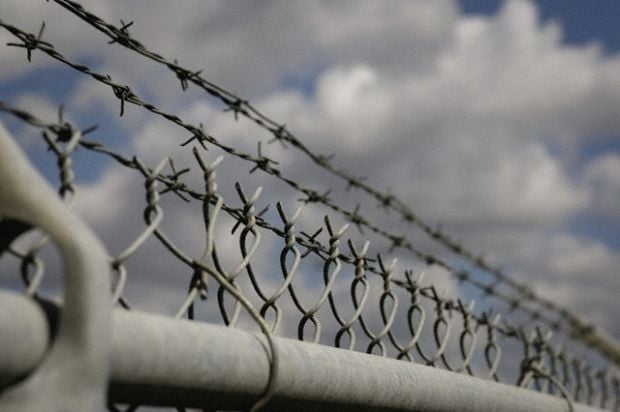 Russian President Vladimir Putin's moves to annex Crimea and back militants in eastern Ukraine waging a war against Kyiv had a cascading effect of stifling democracy at home and snuffing out freedom and democratic achievements in neighboring regimes, said the U.S.-based watchdog group in its annual Nations In Transit report, which monitors the democratic development of 29 nations from the former Soviet Union, Balkans, and Central Europe.

"Russia has been at the center of Freedom House’s narrative, as regards Eurasia, for a number of years," the report's author, Sylvana Habdank-Kolaczkowska, told Radio Liberty, but last year Russia's disruptive influence grew exponentially because of the "escalation of Russia’s aggression internationally and the new forms that it took.”

The fallout from Russia's crackdown on democracy and freedom was felt both at home and abroad.

"As it sought to destabilize the new democratic government in Ukraine, the Kremlin stepped up its suppression of dissent at home -- targeting online media, opposition figures, and civil society groups with legal bans on extremism, trumped up criminal charges, and other restrictions," Habdank-Kolaczkowska said.

Putin's struggle for survival in the face of an economic embargo by the West, combined with his efforts to justify his actions in Ukraine, led to a dubious achievement, she said: "The birth of a new kind of Russian propaganda -- with Russian state-controlled media broadly disseminating misinformation, targeting mostly countries that have large Russian-speaking minorities."

This new media-propagated propaganda tool has, along with Russia's nearby military exercises, been making the Russian-speaking peoples of other Eurasian countries feel "extremely insecure," inhibiting democratic efforts in those countries, she said.

Despite Russia's attempts to intervene in Ukraine and the collapse of its own democracy rating, Ukraine managed to spur a big jump of four notches in its rating, thanks to the collapse of Viktor Yanukovych’s corrupt presidency and two rounds of well-administered, competitive elections, the report found.

While Russia won special attention in the report this year, it also singles out Azerbaijan and Ilham Aliyev's regime for a "new intensity" to its multiyear crackdown on activists and journalists who threatened to expose official corruption and other abuses.

Many regime opponents were jailed during the year on fabricated charges like hooliganism or possession of weapons and drugs. And all that happened at a time when Azerbaijan was being honored by European leaders with hosting the 2015 European Games and chairing the executive body of the Council of Europe.

In light of these developments, Habdank-Kolaczkowska said, Azerbaijan’s rating slide has gotten so bad that now that "it actually has a worse ranking than Russia, Tajikistan, or Belarus.”

The growing "audacity of democracy's foes" also was a factor in Hungary, which under the right-wing rule of Viktor Orbán drove a decline in democracy throughout Central and Eastern Europe, the report found. Hungary was demoted from a “consolidated democracy” to a “semi consolidated” one.

In the Balkans, with journalists in a precarious situation and judicial reforms stalling, four out of seven countries registered declines.

In general, the trend was negative throughout the whole Eurasian region, the report found.

That number has more than doubled since then, however, and Eurasia’s average democracy score has fallen from 5.4 to 6.03 on a 7-point scale, the report found.