China's government, which not so long ago hushed down the scale of the epidemic, is now posing as a world savior. 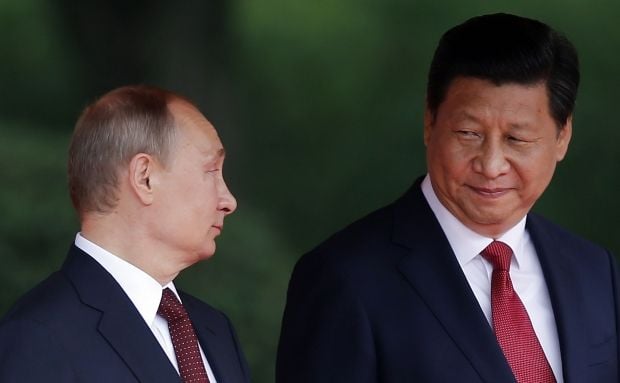 It is surprising how much the coronavirus mixes up in international relations, where the first rift emerged between the U.S. and China. The United States is accusing China of concealing the facts of the epidemic, stalking the doctors who reported it, and later attempting to put blame on others – in this case, on the United States.

In fact, a spokesperson for the Chinese Ministry of Foreign Affairs has attempted to publicly shift responsibility for the SARS-CoV-2 virus outbreak to the U.S., Polish historian and politician Paweł Kowal wrote for Rzeczpospolita.

For Americans, it is particularly painful that China is efficiently taking advantage of the fact that when the epidemic reached the peak in Europe, and is now accelerating in the U.S., it's subsiding in the Chinese province of Wuhan, where it initially began. This allows the Chinese government to play a completely unexpected role: not the one responsible for delays in reporting the scale and nature of the virus, but the firefighter who puts out the fire.

U.S. President Donald Trump found himself in a terrible position, the report says, adding that he does not yet know how bad it will affect the country – but he knows that he is facing allegations of political naivety. When he emphasized how confident he is in the information that President Xi Jinping had given him about the epidemic a few weeks ago, U.S. intelligence rang alarm bells about the new coronavirus's exceptional contagiousness, which implied far more serious consequences than might have been expected.

The Chinese can now afford to send show off batches of face masks and respirators to other countries, including U.S. allies. Of course, much of this help isn't free of charge – but China's skilled media portray this as "help."

"Helpless officials in Europe, including those in Poland, pressed by public opinion, ask for help and thank publicly for it. The queen of politics is perception, and after a few months of the epidemic, the perception is that 'only Chinese help can save us'," the report reads.

Russia has also joined the game for the role of an anti-epidemic hero – in this case the situation is even more bizarre: the world's largest country is facing the specter of an epidemic at home, which is just accelerating – however, it demonstratively "plays" politically helping countries such as Italy, at the same time demanding that the sanctions related to the seizure of Crimea from Ukraine be lifted.

Just a few weeks ago it was unthinkable that China and Russia would play the coronavirus theme so well for their own benefit and it was hard to imagine how weak the West would turn out to be.

If you see a spelling error on our site, select it and press Ctrl+Enter
Tags:RussiaUSAChinaItalygeopoliticscoronavirus