Talks between Greece and creditors end without result 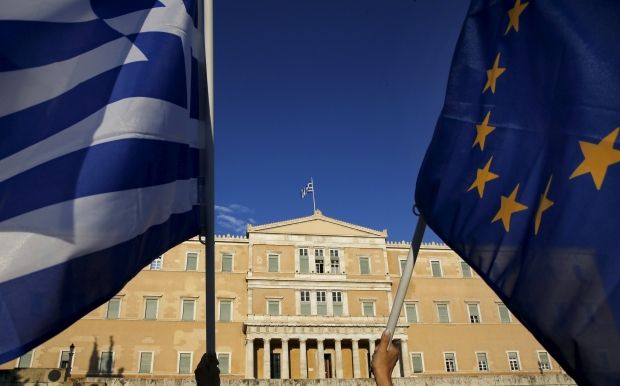 With European Union leaders due in Brussels for a summit on Thursday, leftist Greek Prime Minister Alexis Tsipras negotiated into the early hours with heads of creditor institutions to try to thrash out a cash-for-reform deal before the euro zone ministers reconvene at 1300.

"The Greek government remains firm on its positions," an official in Tsipras's administration said after the premier left the late-night talks. Negotiators would resume discussions at 0600 and Tsipras was to meet creditors again at 0900.

Greece has to repay EUR 1.6 billion to the International Monetary Fund next Tuesday or be declared in default, potentially unleashing a bank run and capital controls, followed by a slide out of the single currency area.

Eurogroup ministers cut short an emergency meeting summoned to approve an agreement after little more than an hour because there was no deal ready for them to discuss.

"Unfortunately we have not reached an agreement yet, but we are determined to continue work, this work will go on during the night if necessary," Eurogroup chairman Jeroen Dijsselbloem told reporters.