One dead, 228 injured after explosion at water park in Taiwan on Saturday

One person has died from injuries following an explosion at a nightclub event held at the Formosa Water Park in New Taipei, Taiwan, on Saturday evening, according to Russian news agency TASS. 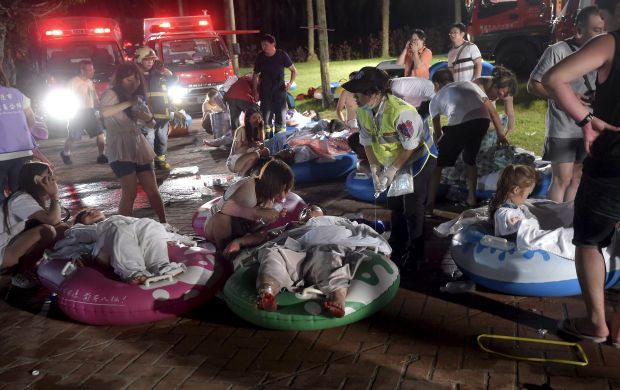 At least 228 people were injured, China's Xinhua News Agency reported, giving updated information about the casualties of the accident.

A total of 96 people are believed to have sustained serious wounds, several victims reportedly suffered burns on over 40 per cent of their bodies.

"This is the worst incident of mass injury in the history of New Taipei city," Xinhua said.

Footage from the scene, which took place at 2030 local time (1530 Kyiv time) on Saturday, shows guests dancing to music and surrounded by colorful smoke before flames erupt.

The origin of the substance has not been identified yet. The police are interrogating the organizers of the event and water park personnel.