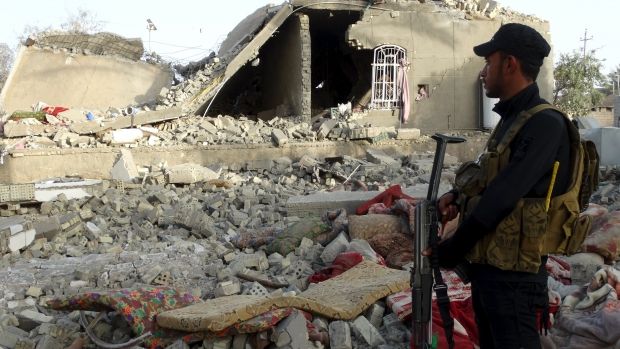 Police officials say a bomb went off late Sunday hitting a cafe in the Shiite district of al-Obeidi on the eastern edge of Baghdad, claiming four lives and injuring 14 people, according to The Associated Press.

Another blast occured in the southeastern suburb of Jisr Diyala, near a small restaurant, killing four people and injuring 11 others.

The explosion at a bus stop in northeastern Baghdad also killed four people and wounded nine. Another bombing near a bus stop killed three people in the capital’s northwestern district of Shulla.