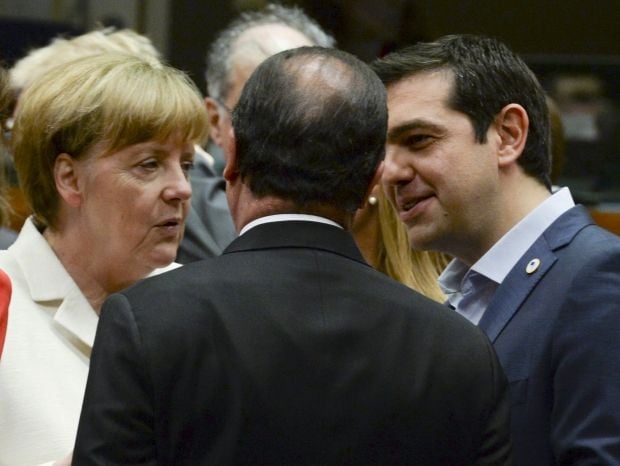 "It's not just the problem of Greece — it's the future of the European Union" that's at stake,” French President Francois Hollande has told the reporters ahead of the EU summit in Brussels, according to an UNIAN special correspondent. Hollande expressed hope that the agreement would be reached.

German Chancellor Angela Merkel said, "The most important currency has been lost and that is trust." Merkel added that this "means that we will have tough discussions and there will be no agreement at any price."

Several EU states supported a German government proposal recommending Greece to take a five-year "time-out" from the euro unless it accepted and implemented swiftly much tougher conditions, notably by locking state assets to be privatized in an independent trust to pay down debt.

But French President Francois Hollande, Greece's most vocal ally in the eurozone, dismissed the notion, saying it would start a dangerous unraveling of EU integration, according to Reuters.

"There is no such thing as temporary Grexit, there is only a Grexit or no Grexit. There is Greece in the eurozone or Greece not in the eurozone. But in that case it's Europe that retreats and no longer progresses and I don't want that," he said.