One person was killed and another three were injured as a gunman opened fire at a bar in Istanbul’s Sisli district in the morning on July 21. 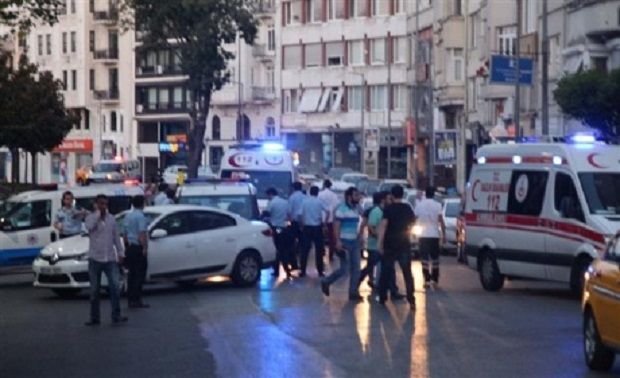 Four people including a bar employee were attacked by an unidentified gunman, who opened fire both inside and outside of a bar located on Valikonagı Street in Sisli early on July 21, Hurriyet Daily News reported.

The injured were taken to the Sisli Hamidiye Etfal Training and Research Hospital but the bar employee, who had been shot in the chest, died from wounds.

One of the injured, who was shot in the head while outside the bar, was taken to the hospital's intensive care unit. The other two were reported to be in stable condition.

A large number of emergency services personnel, including ambulances and police, were dispatched to the scene after the shooting occurred at around 05:30 following a dispute between bar customers, including the shooting suspect. The police taped off the surrounding area of the bar to collect evidence.

The police are still seeking the suspect, who disappeared after the shooting.