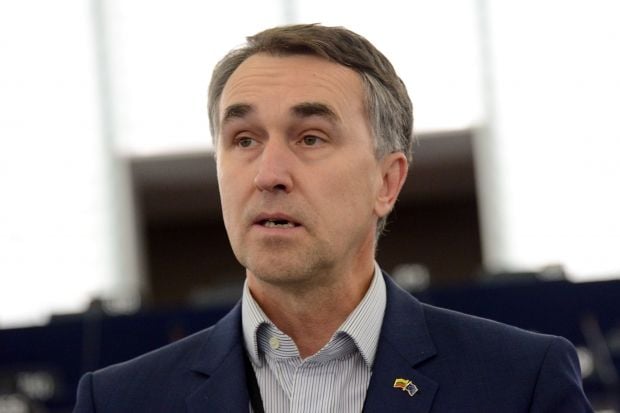 According to Lithuanian MEP Petras Austrevicius, the private visit of the French representatives in the European Parliament to the annexed Crimea does not reflect the position of the EP, a correspondent of Ukrainian information agency RBC-Ukraine reported from the MEP's briefing.

Austrevicius stressed that, according to the official position of the EP, Crimea was annexed by the Russian Federation and it remains a part of Ukraine.

The MEP also noted that the European Parliament would prepare an annual report on the situation of human rights violation by Russia in the annexed Crimea and occupied parts of Donbas.

Holding public hearings on human rights violations in annexed Crimea and eastern Ukraine, the EP is looking for a more efficient exchange of views with civil society, people's organizations and the Ukrainian authorities, seeking to prepare an annual report on the situation, according to Austrevicius.

As UNIAN reported earlier, a French parliamentary delegation, consisting of 10 deputies of the French National Assembly and a Senator, is coming to Crimea for a two-day visit on Thursday, July 23.