Platini to stand for FIFA presidency

President of the Union of European Football Associations (UEFA) Michel Platini has announced his intention to stand for the presidency of the International Federation of Association Football (FIFA), according to the official website of UEFA. 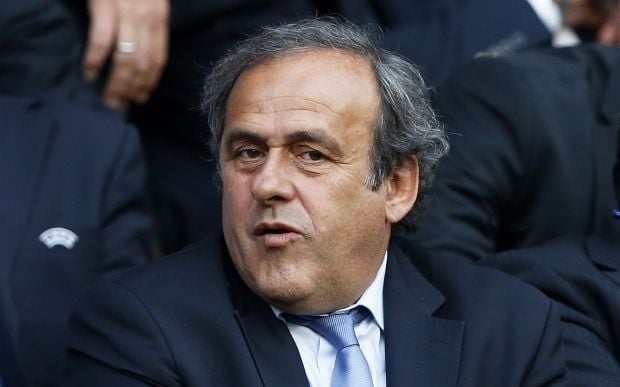 In a letter sent to the presidents and general secretaries of the 209 member associations of world football's governing body, he said: "This was a very personal, carefully considered decision, one in which I weighed up the future of football alongside my own future. I was also guided by the esteem, support and encouragement that many of you have shown me." Platini pledged that he would work tirelessly "in the interests of football," the report reads.

"There are times in life when you have to take your destiny into your own hands," he said. "I am at one of those decisive moments, at a juncture in my life and in events that are shaping the future of FIFA."

Platini, who has been President of UEFA since 2007 and a member of the FIFA Executive Committee since 2002, added: "During this last half-century or so, FIFA has only had two presidents. This extreme stability is something of a paradox in a world that has experienced radical upheavals and in a sport that has undergone considerable economic change. However, recent events force the supreme governing body of world football to turn over a new leaf and rethink its governance."

The UEFA President said that in recent months, he had defended his ideas and proposals "to give FIFA back the dignity and the position it deserves."

Platini highlighted his aspiration to unite world football by bringing the continental confederations together and offering all national associations a common cause – "listening to everyone and respecting the diversity of the game around the world."

He said he was standing as a candidate "with enthusiasm and conviction, but also with the humility of someone who knows that he cannot succeed on his own."

"I am counting on your support and our common love of football so that, together, we can give the tens of millions of football fans the FIFA that they want: a FIFA that is exemplary, united and shows solidarity, a FIFA that is respected, liked and of the people."

Candidatures must be submitted by October 26, 2015, and the election will take place at an Extraordinary FIFA Congress in Zurich on February 26, 2016.

Federation of Football of Ukraine supports Platini as candidate for the top FIFA post, according to the FFU website.