A massive explosion has hit China's northern port city of Tianjin, reportedly injuring scores of people, according to BBC News. 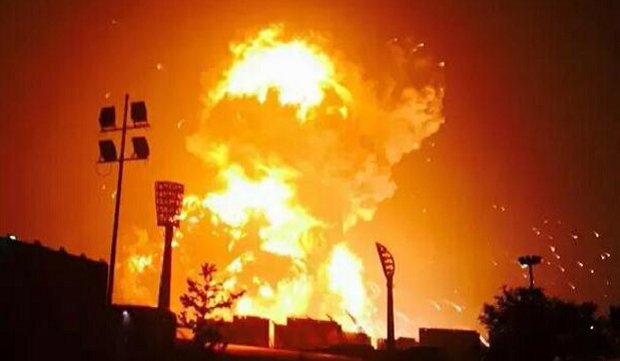 According to Chinese state media, the explosion occurred when a shipment of explosives blew up, BBC News reports.

Pictures and video shared on social media showed flames lighting up the sky and damage to nearby buildings.

At least 50 people have been admitted to hospital, according to state news agency Xinhua.

It added that a fire started by the explosion was "under control" but said two firefighters were missing.

Several nearby tower blocks are without power, reported the Chinese state broadcaster CCTV.

Ms Yang, an eyewitness, told local media she was out shopping when "suddenly from behind there was a big fireball and explosion".

"At the time of the explosion the ground was shaking fiercely, nearby cars and buildings were shaking, a few buildings' glass all broke and everyone started to run," she said.

"Now all the residents are gathered in the street."

Tianjin is a major port and industrial area to the south-east of the Chinese capital, Beijing, and home to 7.5 million people.