The Daily Mail: Break for the border

Thousands of migrants stormed across the border between Macedonia and Greece on Saturday, as police hurled stun grenades and beat them back with batons, according to The Daily Mail. 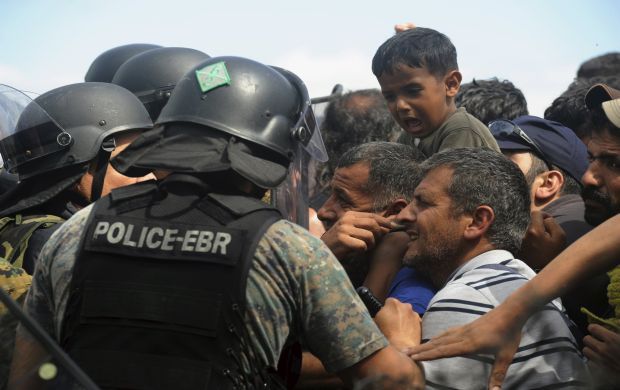 Security forces managed to contain hundreds in the no-man's land, but several thousand others – many from Syria – were able to tear through muddy fields to reach Macedonian territory, The Daily Mail wrote.

Macedonia was forced to declare a state of emergency on Thursday and ordered its borders sealed to migrants, trying to cross into the country from Greece.

The migrants, who had flooded into Europe from Middle East and Africa in recent months, hope to pass through Macedonia and Serbia and into Hungary before crossing into northern countries such as Germany.