The Mirror Online: Huge explosions at U.S. army base in Japan

There have been huge explosions at a U.S. army base in Sagamihara city in Japan, according to The Mirror Online. 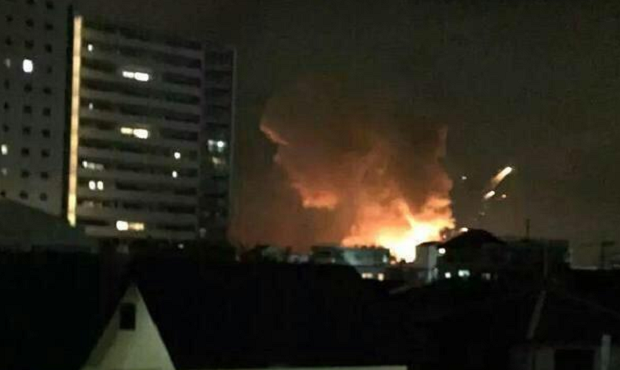 The fire department said the blasts occurred shortly before 01:00 am local time / Photo from twitter.com/AmichaiStein1

So far no injuries have been reported but the base is allegedly used to house military families, The Mirror Online wrote.

The fire department said the blasts occurred shortly before 01:00 am local time and more than ten fire trucks were dispatched.

Footage from the site of the incident was posted by journalist of Israel's Channel 1 Amichai Stein on Twitter.

#BREAKING: #Japan: Explosion at #US military facility in #Sagamihara. Reports of emergency vehicles in the scene pic.twitter.com/NnoKFdZJfJ

Another video of the explosion at the #US base in #Japan earlier - VIA @rConflictNewspic.twitter.com/iVbpFanX6x