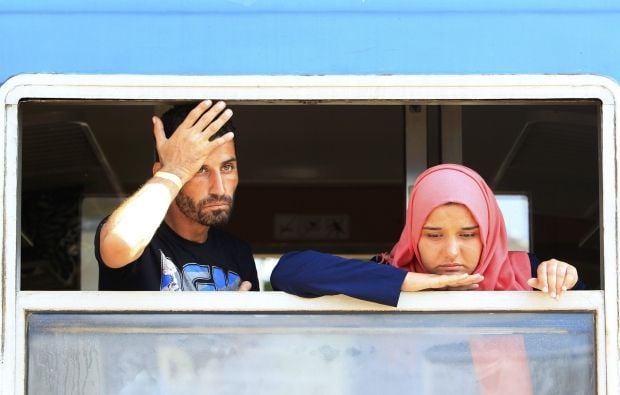 Bernard Cazeneuve said there would be increased identity and baggage controls at stations and more police patrols on board international trains, the BBC has reported.

France called the emergency meeting in Paris, attended also by security and transport officials, after the foiled attack on a train on August 21.

A heavily-armed man was overpowered on the Amsterdam to Paris train.

No-one died in the incident, although two passengers who helped to overpower the gunman were injured in the struggle.

But questions have been raised about how someone was able to board the train in Brussels carrying an assault rifle, 270 rounds of ammunition, a handgun, a box-cutter and petrol.

Cazeneuve announced a raft of tighter security measures after meeting with ministers from Germany, Italy, Spain, Belgium, Luxembourg, the Netherlands and Switzerland as well as the UK.

"Visual passenger identity checks will be reinforced as well as random controls. Official inspections of luggage will step up, both at stations and onboard trains, where appropriate," he said.

"Mixed patrols, made up of law enforcement personnel from several countries, already exist in many countries. We will further reinforce these teams and deploy them more extensively."

He said the ministers also agreed to study the idea of name-based ticketing for international trains.

This is significant because it would allow the intelligence services to keep closer track of suspect individuals when they travel.

The recommendations from the meeting are expected to be debated first by a European rail security working group on September 11 and then by EU transport ministers meeting on October 7-8.