An air strike by warplanes from a Saudi-led coalition killed 36 civilians working at a bottling plant in the northern Yemeni province of Hajjah on Sunday, Reuters has reported. 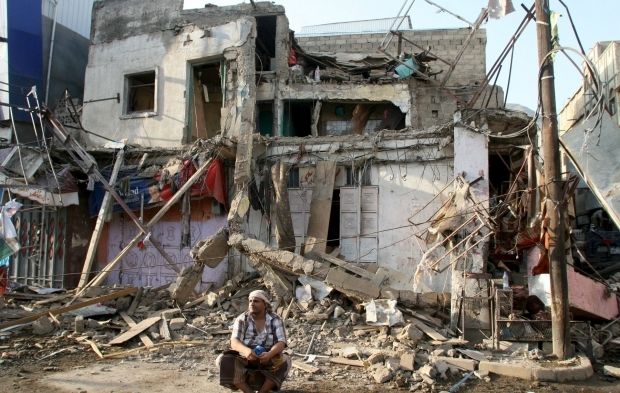 "The process of recovering the bodies is finished now. The corpses of 36 workers, many of them burnt or in pieces, were pulled out after an air strike hit the plant this morning," resident Issa Ahmed told Reuters by phone from the site in Hajjah.

In another air raid on the capital Sanaa, residents said four civilians were killed when a bomb hit their house near a military base in the south of the city.

The attacks were the latest in an air campaign launched in March an alliance made up mainly of Gulf Arab states in support of the exiled government in its fight against Houthi forces allied to Iran.

Human rights group Amnesty International said in a report this month that the campaign had left a "bloody trail of civilian death" which could amount to war crimes.

Air strikes killed 65 people in the frontline city of Taiz last Friday, most of them civilians, and the bombing of a milk factory in Western Yemen in July killed 65 people, including 10 children.

More than 4,300 people have been killed in five months of war in Yemen while disease and suffering in the already impoverished country have spread.

Militias and army units loyal to President Abd-Rabbu Mansour Hadi, currently taking refuge in Saudi Arabia, have made significant gains toward the Houthi-controlled capital in the last two months but the group remains ensconced in Yemen's north and casualties mount in nationwide combat every day.