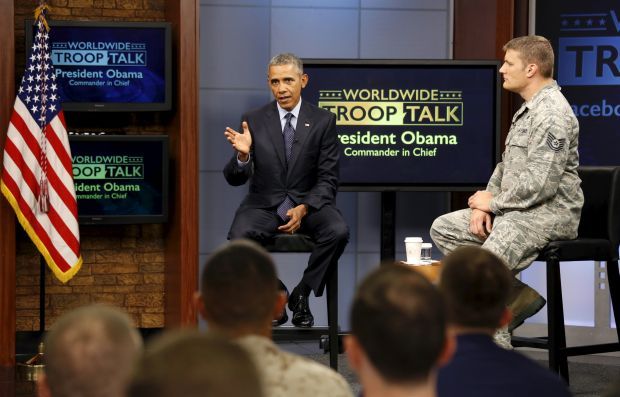 "The strategy that they are pursuing right now, doubling down on Assad, I think is a big mistake," Obama said on September 11, the report says.

Russia has said it is bolstering Assad's army because it is the most effective force to fight the Islamic State extremist group.

Obama said Russia's escalated military involvement in Syria indicates that Assad is worried and is turning to Russian advisers for help.

The president's comments came in response to a question from a U.S. service member during a town hall with troops.

Moscow has acknowledged that Russian military experts were present in Syria to assist with Russian arms deliveries to the war-torn country which Moscow says are aimed at combating terrorism.

Washington has warned that the Russian military buildup in Syria could lead to a "confrontation" with the U.S.-led coalition carrying out air strikes against the IS group.