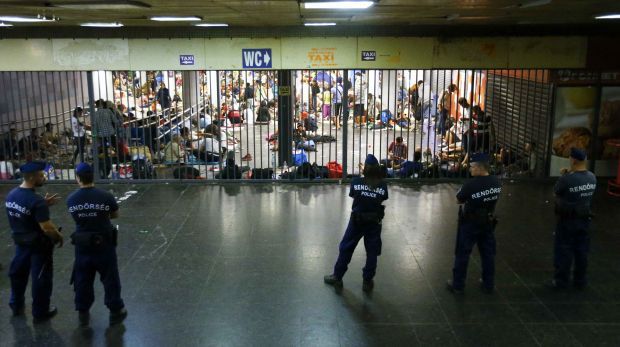 Kenney told CTV’s Question Period that the Syrian refugee crisis, which has generated more than four million refugees, cannot be solved without the active participation of regional governments.

"Apart from Lebanon, Jordan and Turkey, who deserve enormous credit for their hospitality… other countries in the region are doing little or nothing, apart from humanitarian financial support," said Kenney, the report says.

"And they say… they have no intention of changing that policy," he said.

Nearby Gulf states such as Saudi Arabia, Qatar, Kuwait and Bahrain have not resettled any Syrian refugees. For Kenney, this fact demonstrates the crisis is a “hugely complex issue” that cannot be addressed through only through resettlement.

He said the response also requires humanitarian support on the ground, a campaign against ISIS and a fight against human-smugglers.

He did not, however, endorse calls for a ceasefire, as former Supreme Court justice and former United Nations High Commissioner for Human Rights Louise Arbour has. He said such actions are not realistic.

"Efforts to propose things like a no-fly zone or UN mandate of action have and will continue to fail because Russia has exercised its veto at the United Nations Security Council," said Kenney.