The United States will seek "step by step" opportunities in Cuba until the U.S. Congress lifts the trade embargo on the country, U.S. President Barack Obama said, according to Voice of America. 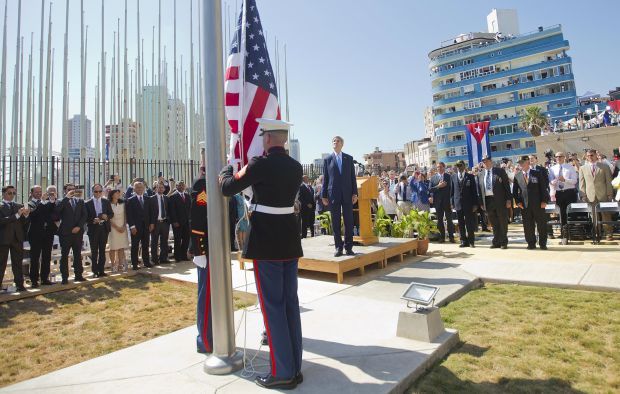 Speaking to business leaders at the quarterly meeting of the Business Roundtable in Washington on Wednesday, Obama said he does not expect "overnight transformation" in Cuba. He added that reestablishing diplomatic relations with the communist island will open-up the opportunity for "generational change," the report reads.

"I do not think it is going to be an overnight transformation, but I am convinced that by re-engaging Cuba, re-engaging the Cuban people, that we are creating the environment in which a generational change and transition will take place in that country," said President Obama.

Until Congress lifts the trade embargo on Cuba, this is going to be a gradual process, Obama said, starting in such areas as the telecommunication.  Over time that creates space for personal freedom and a long-term political transition, he said.

Obama says the United States will continue to press the Cuban government on issues of political freedom.