Amnesty International urges EU not to close borders to refugees

Amnesty International calls on EU countries to provide protection to refugees and safe and unhindered border crossing instead of sealing borders and deploying riot police, according to a statement by the organization. 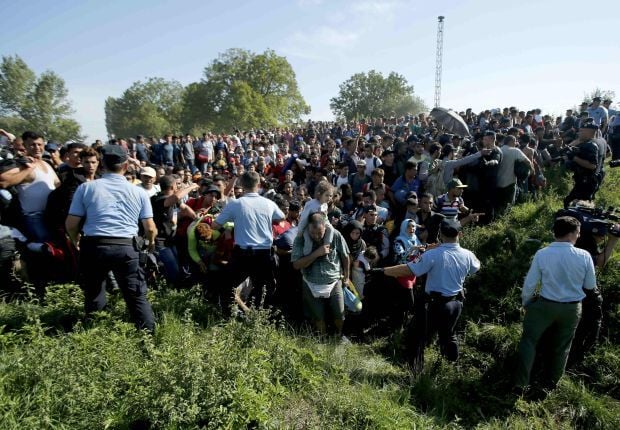 "Instead of sealing borders and deploying riot police, frontline European Union countries must allow safe access for people in need of international protection," Amnesty International said ahead of another round of high-level meetings in Brussels on the refugee crisis, amid a series of worrying border confrontations in Central Europe.

During the meetings in Brussels on September 22-23, EU member states are expected to focus on the relocation of asylum-seekers throughout the EU, among other items.

"Failure is not an option. EU leaders must reach agreement on an organized and compassionate response to the arrivals of refugees and asylum seekers to Europe," said John Dalhuisen, Amnesty International's Europe Director.

"Some solutions are on the table, what is missing is the political will and leadership to see them through. EU leaders have to show leadership and face the crisis head on; not build more barriers and carry on quibbling over quotas."

Home affairs ministers from EU member states will meet on Tuesday, September 22, to attempt once more to strike a deal on the European Commission proposal to relocate 120,000 asylum-seekers within the EU, following deadlock last week. An extraordinary Summit with EU heads of state on Wednesday, September 23, will discuss a broader response to the crisis, and pick up talks on relocation in the event of no deal at ministerial level.