Pope Francis launched his first visit to the United States with a characteristic gesture of humility on Tuesday, and sent a conciliatory message to the world's wealthiest nation about his frequent criticism of capitalism, Reuters has reported. 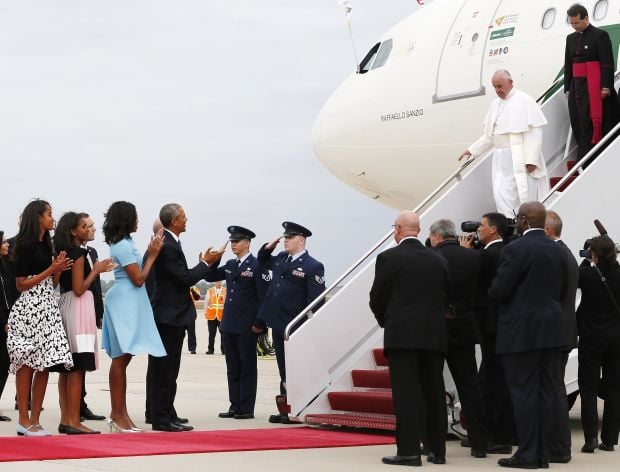 After a red carpet welcome by President Barack Obama at an air base near the capital, the 78-year-old Argentine headed off to Washington not in a limousine as is customary but in a modest Fiat, according to Reuters. 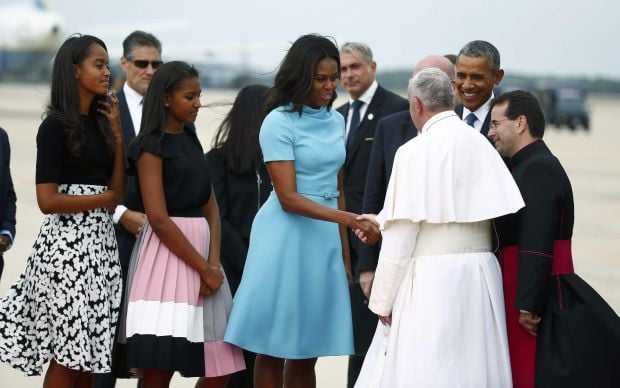 Obama, his family and Vice President Joe Biden greeted the pope in an honor given to few foreign dignitaries.

The six-day visit to America gives Francis a chance to showcase some of his favorite themes like compassion and simplicity in the world's most powerful country. 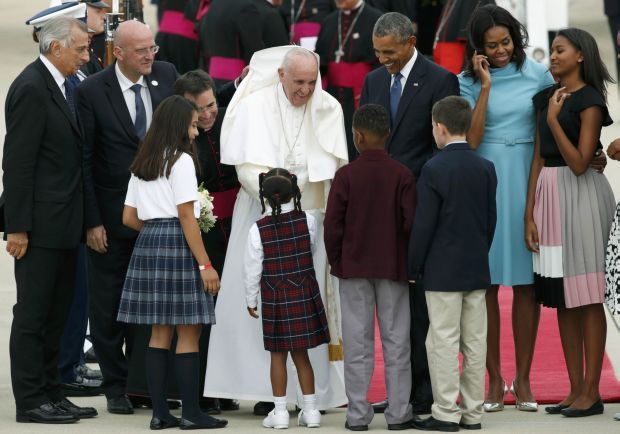 The pontiff has often taken aim at capitalism, but on the plane bringing him from Cuba he said it would be wrong to presume that his concerns about economic injustice make him a leftist.

"Maybe an explanation was given that led to the impression that I am a bit to the left but it would be an error of explanation," Francis told reporters.

The first Latin American pope has electrified liberal-leaning U.S. Catholics, Democrats and many non-Catholics with a shift in emphasis toward concern for the poor and immigrants and his appeals for action against climate change. But his criticism of unbridled capitalism has unsettled U.S. conservatives.

Francis will give the first speech by any pope to the U.S. Congress on Thursday, an address to the U.N. General Assembly in New York on Friday and an open-air Mass in Philadelphia where 1.5 million people are expected to attend.

Francis ended a four-day Cuba trip and headed to the United States with a message of reconciliation for the former Cold War foes while avoiding controversy on the U.S. trade embargo or human rights on the Communist-run island.

The pope told reporters he hopes the United States will lift its long trade embargo on the Communist-run island but does not plan to raise it in his address to Congress this week.

His decision to go from Cuba to the United States is weighed with symbolism as the pope pushes the Church to pay greater heed to people who live on the periphery since becoming pope in 2013. He has never visited the United States. 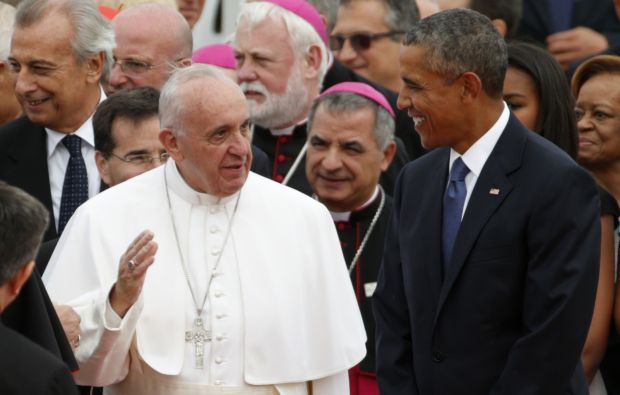 Obama and the pope meet more formally on Wednesday at the White House where the atmosphere is likely to be cordial.

After the meeting, Francis will then parade past some of Washington's monuments before a crowd expected to reach tens of thousands.