Bloomberg: Putin said to plan Islamic State strikes with or without U.S.

President Vladimir Putin, determined to strengthen Russia's only military outpost in the Middle East, is preparing to launch unilateral airstrikes against Islamic State from inside Syria if the U.S. rejects his proposal to join forces, two people familiar with the matter said, Bloomberg has reported. 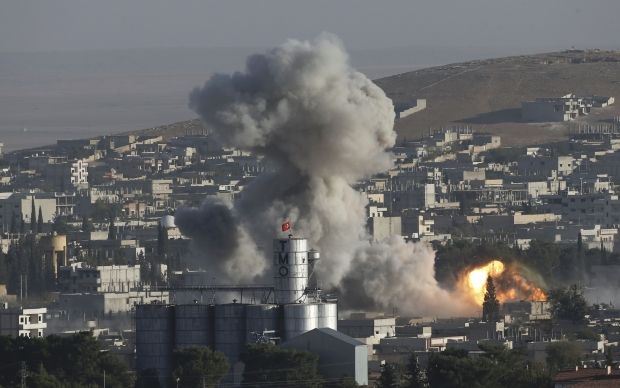 "Russia is hoping common sense will prevail and Obama takes Putin's outstretched hand," said Elena Suponina, a senior Middle East analyst at the Institute of Strategic Studies, which advises the Kremlin. "But Putin will act anyway if this doesn't happen," the report says.

The U.S. is willing to discuss coordinating strikes to avoid hostile incidents with Russian planes, but America and its allies haven't received a "concrete" proposal from Moscow and won't include Assad's forces in the effort, an official in Washington said, speaking on condition of anonymity.