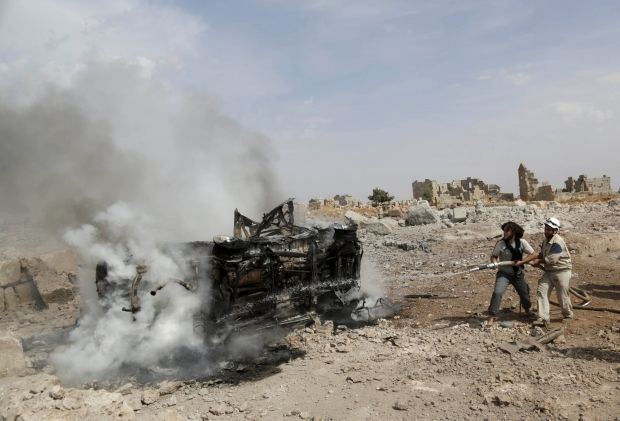 "We express our deep concern with regard to the Russian military build-up in Syria and especially ‎the attacks by the Russian Air Force on Hama, Homs and Idlib since yesterday which led to civilian casualties and did not target Daesh," reads Turkey's joint statement with the United States, Britain, France, Germany and Gulf Arab allies.

It says Russia's actions constitute a "further escalation" of the conflict and would only fuel more extremism.

Daesh is another name for the Islamic State group. Russian President Vladimir Putin said on Thursday assertions that civilians had been killed in Russian air strikes in Syria were an "information attack".

As UNIAN reported earlier, Russia's Federation Council approved use of Russia's Air Force in Syria, on behalf of Syrian President Bashar al-Assad on September 30. Together with the increased military involvement of Iran, this could mark a turning point in a conflict that has drawn in most of the world's military powers.

Hundreds of Iranian troops have arrived in Syria to join a major ground offensive in support of Assad's government, Lebanese sources said on Thursday, a sign the civil war is turning still more regional and global in scope.