The latest U.S. assessment of Moscow's activity in western Syria indicates Russia has moved several ground combat weapons and troops into the area to potentially back up Syrian forces in the field planning to attack anti-regime forces, according to two U.S. defense officials, CNN has reported. 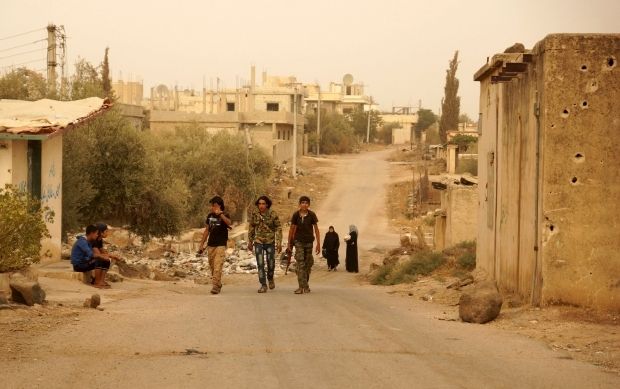 The U.S. views the move as Russia "stepping up its ground activity" in Syria to attack those forces, rather than ISIS elements, according to one of the officials.

It's believed the Russians are positioning the weapons to be able to support a Syrian ground offensive, the officials said, according to CNN.

The equipment includes several piece of artillery, as well as four BM-30 multiple-launch rocket systems -- all considered to be highly accurate weapons. The latter is capable of rapid-fire rocket launches.

Several weeks ago, Russia moved about half a dozen artillery pieces into Latakia port.

The U.S. originally had thought that might be for defense of the port, but the latest move is an indication of potential ground attacks in the coming days, the official said.

The weapons have been spotted between Homs and Idlib and west of Idlib.

It is not clear if they're now in final position for possible artillery strikes.

The officials also said that Russia has moved electronic jamming equipment into Syria. Both a truck-mounted system and a number of pods that can go on aircraft have been observed. This could potentially give the Russians the ability to jam electronics of coalition aircraft.