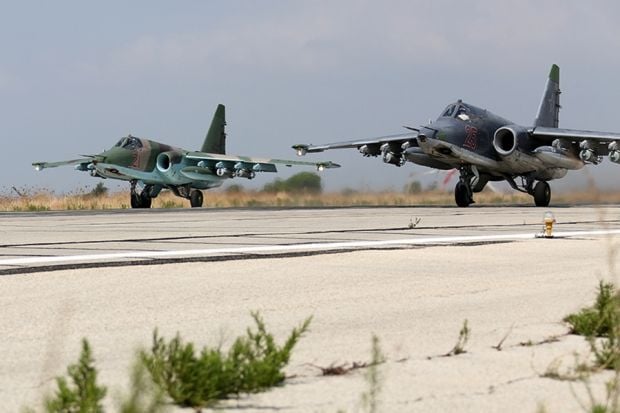 "More generally, when it comes to the Russians, the real risk that's being taken here is the risk that's being taken by the Russians. They are involving themselves much more deeply in a sectarian civil war inside of Syria. And again, you don't just have to take my word for it. This is consistent with the public statements of the leaders of many of our 65 nations who are part of our counter-ISIL coalition," he said.

"And just looking at the facts on the ground, the fact that Russia is ramping their support for Assad, that they are carrying out strikes against opponents of the regime, and that they appear to be, based on some reports, essentially colluding with the Iranians to carry out this military activity," he said.

"And what that does is it more deeply involves Russia in a sectarian civil war that isolates them from the international community even further than they already are. It also poses a significant risk to Russia as moderate Sunnis inside of Syria see that they are aiding and abetting if not outright carrying out strikes against other Sunnis inside of Syria. Russia becomes the target of that anger, and that certainly poses risks to Russia not just inside of Syria but also inside of Russia where there's a significant Muslim population," he added.