IS 'uses mustard gas' against Peshmerga 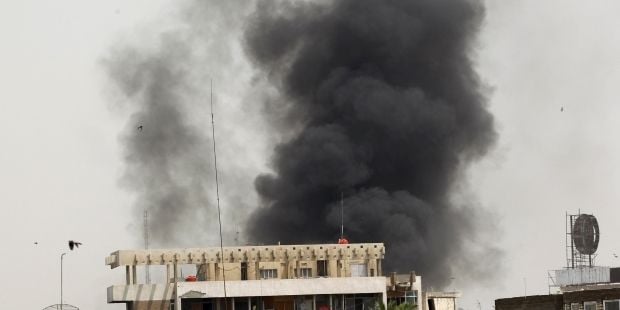 The Ministry of Peshmerga Affairs said blood samples from about 35 fighters revealed traces of sulphur mustard, the report says.

It did not say if any of the Peshmerga had died as a result of the attack, or how severely they had been wounded.

Mustard gas can burn skin and cause severe respiratory problems, and is banned under international law.

The exposure took place along the front lines near the northern Iraqi towns of Makhmour and Gwer, the ministry said in a statement.

Roughly 37 mortars were fired in the attack, the statement added, "releasing white smoke and a black liquid."

The ministry called on countries fighting IS to give Peshmerga fighters equipment for protection against chemical attacks. Several countries including the United States are already giving military assistance to the Kurdish fighters.