Lebanese security forces fired tear gas and water canon to break up an anti-government protest in Beirut on Thursday, and the country's fractious leaders postponed talks aimed at resolving a political crisis that is feeding public discontent, according to Reuters. 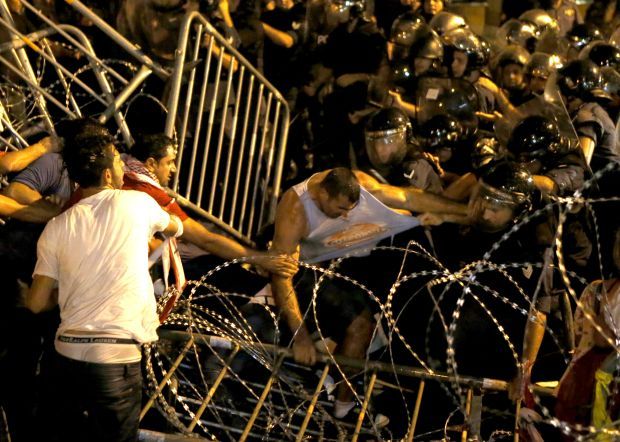 Protesters threw projectiles including rocks at a line of riot police blocking the way to the Lebanese parliament in Beirut's commercial district. Live TV footage showed at least one injured riot policeman on the ground, the report says.

Some three dozen people were taken to hospital suffering from suffocation as a result of tear gas, medics said. Six policemen were also wounded, a security official said.

Anger at Lebanon's government has fueled repeated protests in recent months. Discontent with widely perceived corruption and incompetence came to a head in July when the government failed to agree a solution to a trash disposal crisis and piles of garbage were left to fester in the streets.

The crisis is linked to wider regional turmoil, including the war in neighboring Syria which has driven well over one million refugees into Lebanon. Lebanon's opposing political blocs are backed by rival states Saudi Arabia and Iran, which also back the warring sides in Syria.