Belarussian author Svetlana Alexievich won the Nobel Prize for Literature on Thursday for her portrayal of the harshness of life in the Soviet Union and in her first public response denounced Russia's intervention in Ukraine as an "invasion," according to Reuters. 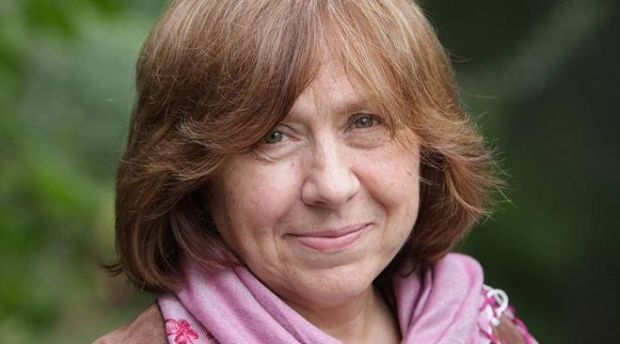 "It is occupation, a foreign invasion," she said at a news conference in Minsk, adding that she wept when she saw photographs of those killed during pro-European street protests in the Ukrainian capital last year, the report reads.

"I love the good Russian world, the humanitarian Russian world, but I do not love the Russian world of Beria, Stalin and Shoigu," she said, referring to Soviet leader Josef Stalin, the security chief responsible for Stalin-era mass purges, Lavrenty Beria, and the current Russian defense minister, Sergei Shoigu.

The Kremlin replied tartly. "Of course, we congratulate her… But I'm sure she does not possess the information to make a positive evaluation of what is happening in Ukraine," spokesman Dmitry Peskov commented in Moscow.

Alexievich's documentary style of writing first became popular in the former Soviet Union in the 1980s. But she has long been an uncomfortable writer for the authorities due to her humanistic, emotional tales of peoples' fates entangled in major historic developments.

One of her best-known works is "War's Unwomanly Face", which took several years to get published as Soviet authorities saw it as subversive and undermining the myth of the Soviet army's victory in World War Two.

In the book, Alexievich offers an unusual account of the war, moving away from military narrative and telling the tales of Soviet women who took on male roles, fought on the front lines, killed and got killed, but still looked at the shattered world around them from a feminine perspective, focusing on human suffering and basic emotions free of any pathos.

"She has invented a new literary genre. She transcends journalistic formats and has pressed ahead with a genre that others have helped create," said Sara Danius, permanent secretary of the Swedish Academy.

"It's more or less like a musical composition, so that in the end you have something like a vast chorus."