David Cameron held talks with German Chancellor Angela Merkel on Britain's EU reform aims, the situation in Syria and the migrant crisis, according to the BBC. 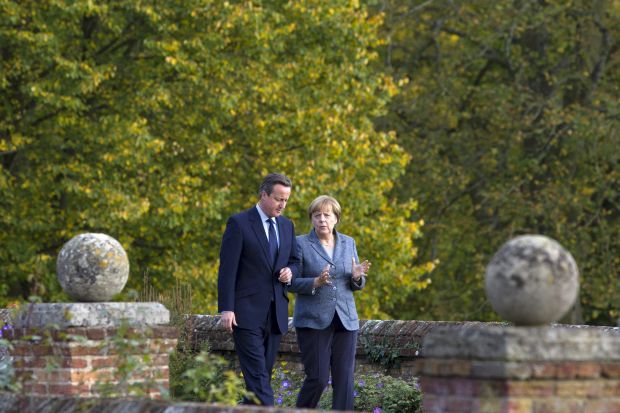 The prime minister invited his German counterpart for a working dinner at his country residence, Chequers.

The wide-ranging talks also covered the threat of so-called Islamic State, the situation in Iraq and Ukraine, the report says.

"The meeting began with a lengthy, in-depth discussion on Syria, particularly the terrorist threat from [the Islamic State group] and the need for a political solution to the conflict," a spokesman said.

"Talks then moved on to the situation in Ukraine and Russia's behavior. They agreed that the EU must maintain sanctions on Russia until the Minsk agreement is fully implemented."