British analyst Eliot Higgins, the creator of the website Bellingcat, which uses open-source and social-media investigation, offers his opinions about why the two MH17 probes – by the Dutch Safety Board and Russia's air-defense systems manufacturer Almaz-Antey – differ so dramatically, according to Meduza, a Latvian-based online newspaper covering the former Soviet Union. 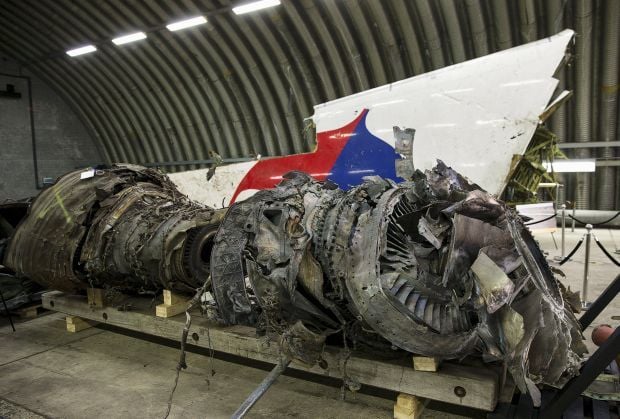 "The first report is the Almaz-Antey report, which is clearly just an attempt to distract from the real report. What's interesting here is that there's a situation where they don't want people to know their new report is slightly different from their previous report," Meduza quoted Higgins as saying.

According to him, they were basically called out with their last report, where they said stuff that was untrue or wrong or points toward rebels being guilty, and so they actually changed their story slightly. "But really the Dutch Safety Board report is the only one that counts," he said.

"When you're looking at the real DSB report, that fits exactly the work we've been doing at Bellingcat: the launch site fits, the kind of missile fits—everything fits, which probably explains why the Russian media has been going after Bellingcat and myself so hard over the last week. It's because they realize that we're right, and then people are going to think we're right about the rest of the work we've done. So obviously this is very worrying to them," Higgins told Meduza.

"With Almaz-Antey's field experiments, they just show anything for the media (probably for a Russian audience). It's a ridiculous demonstration. They're just showing some explosions and fancy graphs, but they don't really mean anything. All they tried to do was deflect from the real report. It's a typical Russian propaganda trick: deflect, distract, distort, and deny. The four D's of Russian propaganda. It's just nonsense really. Any sane person should ignore it," he said.

"Between the first and second reports by Almaz-Antey, they've changed the launch position. It was slightly different [in the second report] by a few kilometers. But that still doesn't matter, based on what we know from interviews with local people who were interviewed by journalists on the ground. And Almaz-Antey has changed the missile's model number slightly. They say it was a 9M38, rather than a 9M38-M1. They've changed that model number, I think, just because they said to themselves, "Oh, well the Russian don't have this." And then it turned out that they did, so they've had to change their story slightly. Time and time again, we see this. It's just their attempt to distract from the truth," he said.

"The DSB has to be quite careful, because they don't want to preempt a police investigation, and it's not their place to blame one side or the other. So they've got to be quite careful with what they're actually saying. It's interesting how they had three different countries looking at the potential launch site, and they all agree with the same general area," he added.