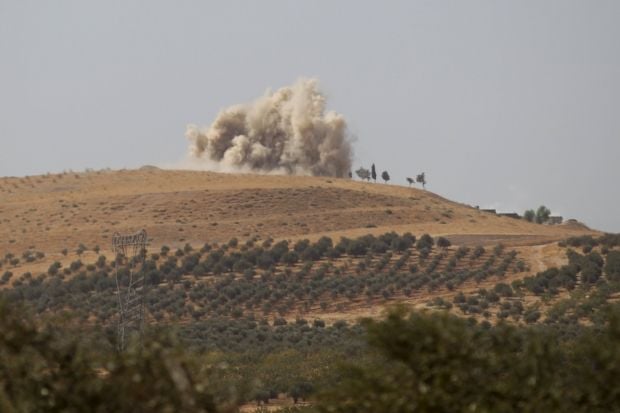 Rami Abdulrahman, director of the Syrian Observatory for Human Rights, said there were heavy clashes near the Jebel Azzan region, about 12 km (8 miles) south of Aleppo city, control of which is divided between government forces and rebels.

The area the army and Russian jets were targeting was close to a main road heading south towards the capital Damascus, Abdulrahman said.

Since Russia launched air strikes on September 30 in support of President Bashar al-Assad, the army has waged offensives against insurgent-held regions in western Syria, including a rebel pocket north of Homs and areas of Hama, Idlib and Latakia provinces taken by the rebels over the summer.