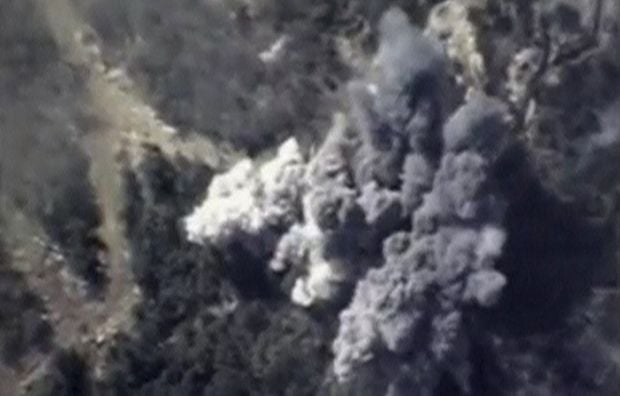 According to the Ministry of Defense of the Russian Federation, Russian planes hit targets in the region of Hama, Latakia, Damascus and Aleppo, RFE/RL reports.

According to SOHR, 17 rebels, and eight soldiers and pro-government militants were killed as a result of the fighting south of Aleppo.

Read alsoAssad's army backed by Russian Air Force launches offensive north of Homs - ReutersGovernment forces control approximately half of Aleppo province, while the rebels control the other half.

The West and the Syrian opposition claims that Moscow is using its military campaign to strengthen the power of the Syrian president, rather than fight extremism, as claimed by the Kremlin.

As UNIAN reported earlier, on October 17, a picket was held on the Suvorov Square in Moscow against war in Ukraine and Syria, which was attended by about a hundred Muscovites.

According to the organizers, before the action the authorities have analyzed the inscriptions on the posters and prohibited slogans which branded invasion of Syria as a “second Afghanistan.”