Moscow alleged that a French military jet came dangerously close to an aircraft carrying the speaker of the lower house of the Russian parliament as he flew through French airspace on Monday, but Paris said it was actually a Swiss jet, according to Reuters. 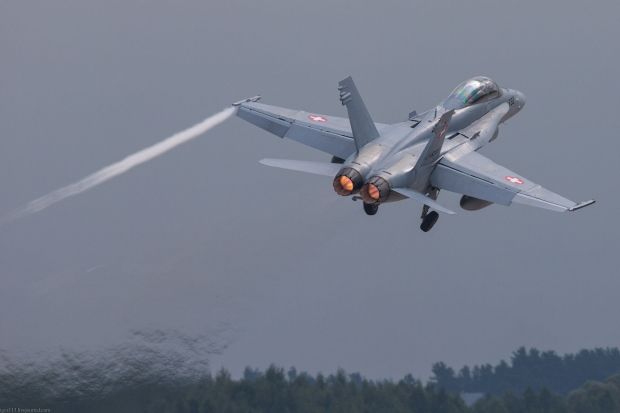 The Russian foreign ministry said it summoned the French ambassador in Moscow to protest over what it described as "a dangerous proximity between a French air force jet in its national airspace and an airliner carrying a Russian parliamentary delegation," Reuters reported.

But France's defense ministry said no French aircraft was involved in the incident, which according to Moscow's account happened on Monday. The French foreign ministry said the aircraft involved was Swiss, without giving any details.

"It's a Swiss aircraft," a French foreign ministry official said. A spokesman for Geneva airport, Bernard Stampfli, said he had no information on the alleged incident, but that he was making inquiries.

Read alsoRussia sets up contact with Turkish military after it downs aircraftLater today, the Swiss officials confirmed it was a standard procedure conducted more than 100 times a year, according to TASS information agency.

"The Swiss  F/A-18  fighter plane approached a Russian plane in Swiss airspace over the city of Biel within the framework of a standard procedure of police control in the air. It happened at 10:22, local time," spokesman for Swiss Federal Department of Defence, Civil Protection and Sports (DDPS) Peter Minder said on Monday, according to TASS.