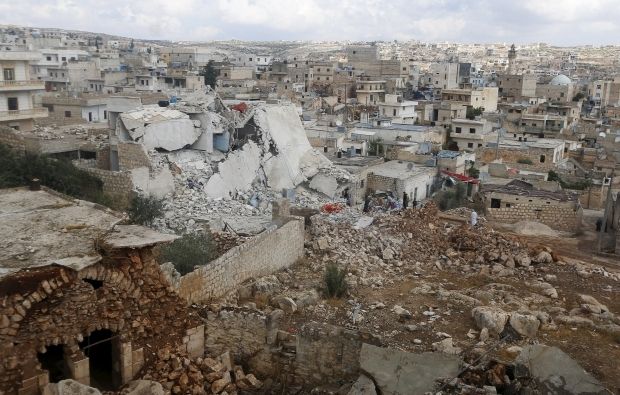 The Kremlin's real goal is to help Syrian President Bashar al-Assad retake as much as possible of the territory his forces have lost to opponents, including U.S.-backed rebels, Russian officials told Bloomberg News. Moscow's deployment of several dozen planes, as well as ships in the Black and Caspian Seas, could last a year or more, one official said, Ilya Arkhipov, Stepan Kravchenko and Henry Meyer of Bloomberg wrote in the article titled "Putin Officials Said to Admit Real Syria Goal Is Far Broader" on October 19.

Putin believes that Assad, whose forces currently control a quarter of Syrian territory with 60% of the population, must be reinforced to ensure that Russia can exert a dominant role in negotiations on a political settlement in Syria, according to people who attended a private meeting with the Russian leader early this month.

Moscow's campaign is designed to initially rout the groups that have threatened Assad's control over key cities in western Syria, both radical Islamists and the so-called moderate rebels backed by the U.S. and its allies. Later there will be a broader offensive against Islamic State in the north and east of the country, say officials, speaking on condition of anonymity to discuss confidential matters.

The principal risk for Russia is that Saudi Arabia, Turkey and Qatar, who support armed groups fighting Assad's forces including radical Islamists, will sharply increase their military supplies in response to the Russian intervention, said the Russian officials.