Slovenia says it has allowed into the country most of the 5,000 people who were stranded in wet and muddy conditions on its border with Croatia on Monday, according to the BBC. 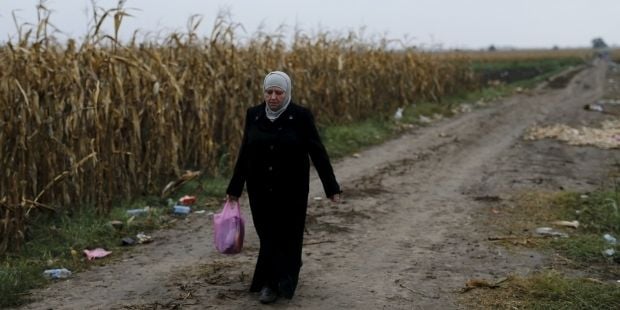 Croatia and Slovenia appeared to ease restrictions on the flow of migrants late on Monday, after thousands of people were stranded for hours in wet, cold and windy conditions, the report says.

Both countries imposed stricter controls at the weekend after Hungary, citing security concerns, closed its southern border and forced migrants to switch to a slower route via Slovenia.

Slovenia's interior ministry said on Monday that some 5,000 migrants were allowed to enter from Croatia, and 900 of them had already travelled onwards to Austria by the evening.

Slovenia earlier criticized Croatia for allowing large groups of migrants over the border, and breaking an agreement to limit such transfers to 2,500 people a day.

Meanwhile, Croatia decided to open its border late on Monday, after aid workers warned of "dire" conditions for another 3,000 refugees stuck in cold and wet weather without shelter on the Serbia-Croatia frontier.

Croatian buses transported the thousands of migrants to a nearby reception center.

Before Monday's mass crossing, the UNHCR said 10,000 migrants were stranded in Serbia - with more than 6,000 entering from Macedonia on Monday alone.

Some Serbian officials have also indicated they may in turn hold back arrivals from the south.

Germany has said it expects 800,000 asylum seekers this year, but it is believed the number could be as high as 1.5 million.

Scuffles broke out during protests in Dresden on Monday, as 20,000 Pegida supporters confronted a similar number of counter demonstrators amid an angry backlash over Germany's open-door policy towards migrants.