The White House announced on Monday that 68 additional companies have signed on to the administration's American Business Act on Climate Pledge, bringing the total to 81 since July when the pledge was launched, according to the Voice of America. 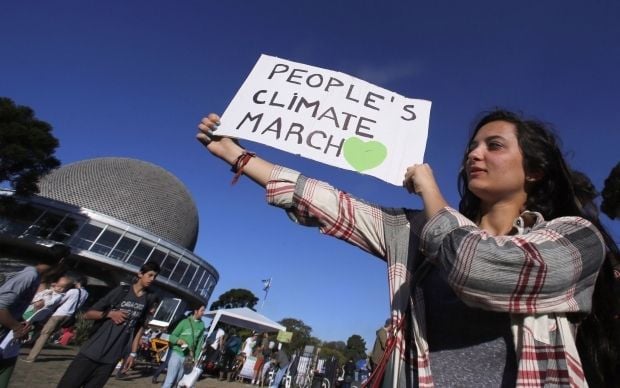 Nike has pledged to reach 100% renewable energy in its owned or operated facilities by 2025. Other companies like Sony say they will reduce the annual energy consumption of their products, VOA wrote.

Obama made the remarks during a roundtable on Monday with the CEOs of companies that included Johnson and Johnson, candy maker Hershey and tech giant Intel.

The president's senior climate adviser, Brian Deese, said the firms have made commitments while endorsing a strong outcome during the December United Nations climate conference in Paris.

"These commitments show that international action on climate is not only good for our planet, it's good for the bottom line," said Deese. "It also shows that when United States leads on climate issues, not only do other countries step up and make more progress, but you see businesses as well as other key actors stepping up to rally the world to address this issue."

The White House said the 81 companies employed more than 9 million people and represented more than $3 trillion in annual revenue.

At Monday's roundtable at the White House, Obama noted suppliers and small businesses also were getting involved in the call to address climate change.

"We need to have a partnership between business and the federal government, state government, local government, not-for-profit sector, all to continue to achieve aggressive reductions in our carbon footprint," the president said.

Intel's Brady praised the administration's leadership on what he called a complex issue. He said the pledge gave companies the confidence and certainty to move forward with capital investment and growth plans, while taking into account their own plans of action on climate change.

"Increasingly, we are a global economy, so ensuring that there is a level playing field internationally as it relates to climate change is also critical, and an important outcome of any type of international agreement," Brady said.

Earlier this year, Obama unveiled his Clean Power Plan, aimed at reducing carbon emissions from the energy sector by more than a third by 2030.