Canadian Prime Minister-designate Justin Trudeau says the country has reclaimed its Liberal identity, after a decisive election victory that ended nearly a decade of Conservative rule, according to the BBC. 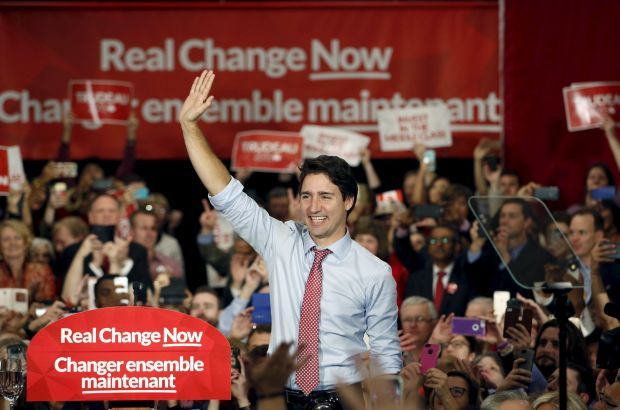 "I want to say to this country's friends all around the world," he told a rally in Ottawa, "on behalf of 35 million Canadians - we're back."

Addressing cheering supporters alternately in French and English, Trudeau said: "This afternoon we can celebrate but the work is only beginning," the report says.

His Liberal Party began the campaign in third place but now has a majority.

Justin Trudeau, an ex-high-school teacher, is the son of late PM Pierre Trudeau.

During the 11-week election campaign, the Liberal Party said it would: cut income taxes for middle-class Canadians while increasing them for the wealthy; run deficits for three years to pay for infrastructure spending; do more to address environmental concerns over the controversial Keystone oil pipeline; take in more Syrian refugees, and pull out of bombing raids against Islamic State while bolstering training for Iraqi forces; legalize marijuana.