John Ashe, a former president of the U.N. General Assembly, a billionaire real estate developer and three others were indicted on Tuesday in an alleged bribery scheme, according to CNN. 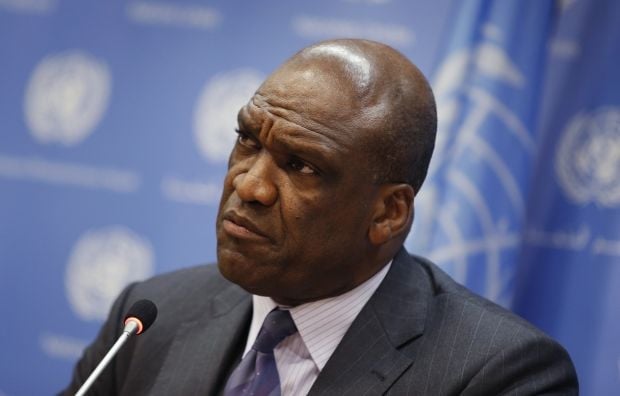 The indictment names Ashe, 61, a former U.N. ambassador for Antigua and Barbuda and General Assembly president from September 2013 to September 2014, CNN has reported.

A Chinese businessman, 67-year-old Ng Lap Seng, who paid more than $500,000 in bribes to Ashe, according to a complaint, was also indicted. Ng has been jailed since last month on charges of lying about $4.5 million in cash he allegedly brought into the United States.

Ashe under-reported his income by more than $1.2 million, prosecutors said.

Others indicted in the conspiracy were identified as Jeff Yin, 29; Shiwei Yan, 57; and Francis Lorenzo, 48, a Dominican Republic envoy, according to the indictment. They each face counts of bribery conspiracy and bribery. Prosecutors said they facilitated bribes.

The indictment does not name Heidi Hong Piao, who was previously charged with bribery-related offenses with Yin, Yan and Lorenzo.