The United States won assurances from Iraq on Tuesday that it would not seek Russian air strikes against Islamic State, U.S. Marine General Joseph Dunford said, adding he warned Baghdad that a Russian air role would impede the U.S.-led campaign, Reuters has reported. 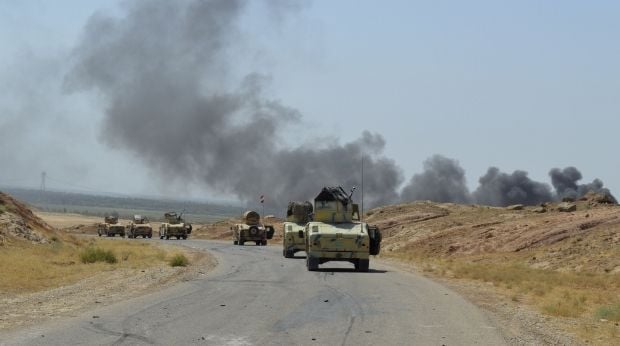 Dunford, on his first trip to Iraq since becoming chairman of the Joint Chiefs of Staff on October 1, said Abadi and Iraqi Defense Minister Khaled al-Obeidi both told him they were not seeking Russia's help.

"I said it would make it very difficult for us to be able to provide the kind of support that you need if the Russians were here conducting operations as well," Dunford told a small group of reporters traveling with him after his talks, the report says.

Russia's new military intervention in Iraq's neighbor Syria has seen the former Cold War foes carrying out rival campaigns of air strikes there and has triggered questions about whether Russia might extend its campaign to Iraq.

The United States has been bombing Islamic State targets in Syria and Iraq for more than a year.

Iraqi Prime Minister Haider al-Abadi, under pressure to show progress in his war against Islamic State, said on Oct. 1 that he would welcome Russian air strikes in his country.