A masked man with a sword has killed one person and injured four at a school in Sweden before being shot by police, according to the BBC. 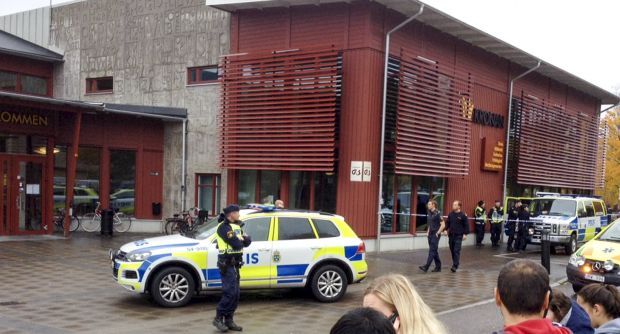 The victims included one adult and four students, police said. It is not clear which of the victims died, the BBC said.

The attacker is being treated in hospital for gunshot wounds.

Police told the Swedish news agency TT that there was "considerable confusion" at the school, in the western city of Trollhattan.

Niklas Claesson, head of communications at the NAL hospital in the town of Trollhattan, said the student victims were "young but not kids."

"Some of them have serious injuries and are being operated on. One person is deceased at the scene," he said. 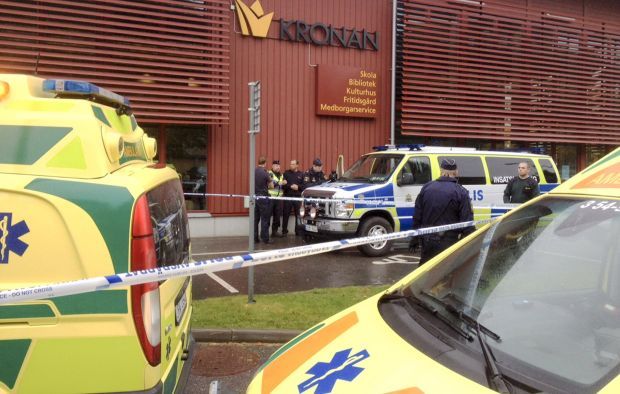 Police said the attack took place in the cafe area of the Kronan school, which has 400 students. Students were seen fleeing the building.