Russia's stepped up naval operations and other threats mean that the North Atlantic Treaty Organization should reexamine maritime strategy, the new head of the U.S. Navy said Thursday, according to The Wall Street Journal. 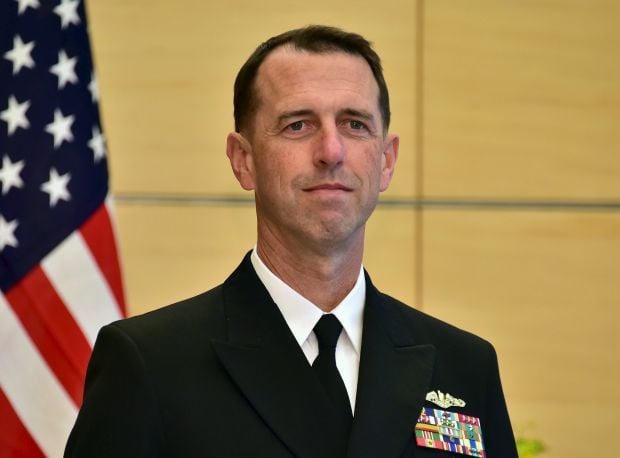 Addressing the top naval officers in Europe at a meeting in Venice, Italy, U.S. Navy Adm. John Richardson, who recently became Chief of Naval Operations, said Russia has demonstrated growing prowess with its ships and demonstrated a willingness to use military coercion, the report says.

Russian submarine patrols increased by more than 50% from 2013 to 2014, Adm. Richardson said, and its fleet has increased its range.

"Their operational tempo has risen to levels not seen in over a decade," he said in his speech in Venice. "Their proficiency is increasing."

Russia unveiled a new naval doctrine in August, which western observers argue sets the stage for a more aggressive military posture by the Kremlin. But NATO has not updated its naval strategy since 2011.

"Enough has changed with the Russia threat, with migration issues, with the rise of information systems that it may be time to take another look at the NATO maritime strategy to see if it adequately describes the problem set that we have got," Adm. Richardson said in an interview after his speech.

Adm. Richardson said Russia may now present the military with the greatest challenge of so-called "anti-access, area denial," a military term referring to the ability of a country to restrict the U.S. from conducting operations in a specific area.

U.S. military officials have raised with increasing alarm concerns about the build-up of Russian military capability in Crimea and in the Russian enclave of Kaliningrad. Russian missiles and naval power there could threaten the ability of the U.S. and its allies to operate in the Black and Baltic Seas.

Adm. Richardson in the interview said there was also growing concerns about the Russian naval build-up in the eastern Mediterranean. Russia's military build-up, he said, "may become the defining anti-access, area-denial challenge" for the U.S.

NATO and the European Union should also step up coordination in order to more efficiently allocate naval assets, he said. The EU is conducting a naval operation in the Mediterranean to try to intercept smugglers bringing migrants from Libya to Europe.

Adm. Richardson argues that regional navies need to make sure the most appropriate ships are assigned to the best mission, but also make sure that navy ships work on multiple missions at once. For example, a ship on patrol for migrant smugglers can also collect information on Russian presence in the Mediterranean.

"You want to make sure everyone is contributing to their maximum capability and we are not assigning a high-end warship exclusively to migrant duty," he said.

Without better coordination, Adm. Richardson argued, neither the migrant mission nor Russian deterrence will be done effectively.

"Where do the EU and NATO have common objectives, where could we use those resources much more effectively and efficiently?" Adm. Richardson said. "If each makes an independent pull on a constrained resource we aren't going to achieve anything. We have to look for synergies and overlaps."