IS rakes in up to $50 mln month from selling oil 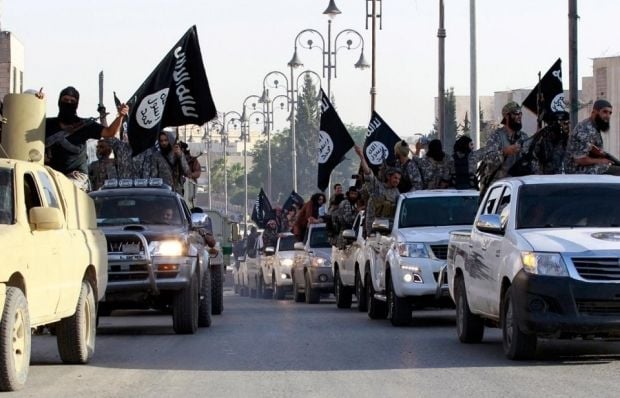 Oil sales — the extremists' largest single source of continual income — are a key reason they have been able to maintain their rule over their self-declared "caliphate" stretching across large parts of Syria and Iraq. With the funds to rebuild infrastructure and provide the largesse that shore up its fighters' loyalty, it has been able to withstand ground fighting against its opponents and more than a year of bombardment in the U.S.-led air campaign.

The group has even been able to bring in equipment and technical experts from abroad to keep the industry running, and the United States has recently stepped up efforts to close off this support.

IS sells the crude to smugglers for discounted prices, sometimes $35 per barrel but as low as $10 a barrel in some cases, compared to just under $50 a barrel on international markets, four Iraqi intelligence officials told the AP in separate interviews. The smugglers in turn sell to middlemen in Turkey, they said. The oil used to be smuggled in fleets of giant tankers but, fearing airstrikes by the U.S.-led coalition, smaller tankers are being used now. The Iraqi officials spoke on condition of anonymity because they were not authorized to brief the press.

The Islamic State group is believed to be extracting about 30,000 barrels per day from Syria, smuggled to middlemen in neighboring Turkey. In Iraq, they produce around 10,000-20,000 barrels per day, mostly from two oilfields outside Mosul, Ibrahim Bahr al-Oloum, a member of Iraq's parliamentary energy committee and a former oil minister, told the AP. But he said much of the Iraqi production is not sold and instead sent to Syria to makeshift refineries the group has set up to produce fuel products.