Land Forces of the Russian Federation, which Putin claims take no part in ground operations in Syria, have been spotted in rural areas of Latakia province. 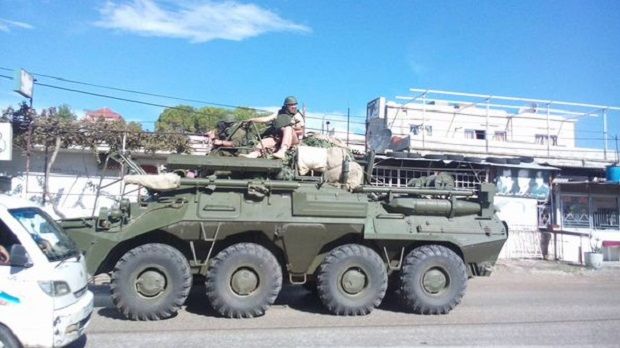 A tarp was partially opened in one of the trucks, so the journalists could see the Russian soldiers in the body. They sported a standard dark green uniform of the Armed Forces of Russia, the so-called "Russian-pixel design, as well a new uniform with "desert" colors prevailing. Russia's occupation forces in Crimea were also seen wearing this kind of uniform.

The users commented the photos: the signs on sides of the APCs were missing or hidden, the same way as it was with the Russian military equipment, when the Russian troops invaded Ukraine.

"Only air strikes"?! #RussianArmy column with Msta-B artillery passes #Latakia for the front. via @Charles_Listerpic.twitter.com/spgJGEHjxS