Kogalymavia reports on checks of crashed A321 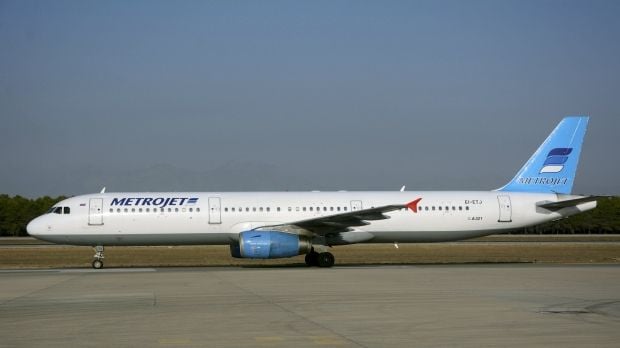 According to the documents, the complex check (C-Check) of the aircraft was scheduled for March 18, 2016. Previous C-Check was conducted on March 18, 2014.

C-Checks are performed every 15-20 months or after 4,000 flight hours. To perform this test, it is required to bring the aircraft out of service for about two weeks. The plane gets disassembled almost completely, to eliminate defects and corrosion and check operational status of all devices.

Read alsoRussian airlines halt flights over Sinai Peninsula after A321 crashMeanwhile, the documents released on Metrojet website did not indicate when i the most comprehensivew form of service, the D-check, was or scheduled to be conducted. D-Checks are performed at intervals of five to 12 years. After such a service airliner is similar to a new one, from a technical point of view.

Earlier, a former employee of Metrojet revealed on condition of anonymity information about the particular plane that crashed in Egypt’s Sinai on Saturday.

The source said: "This particular plane was what we call “hit.” That is, some time ago, while grounded, it was hit by a car or a telescopic ladder. Of course, then it was repaired and its serviceability was checked. But judging by the data of its movement in the last moments before the crash, I watched the pilots literally "fighting with the plane" – sharp, chaotic movement. External controls could be broken or damaged. This particular plane was generally very bad. He had a lot of technical failures before.”