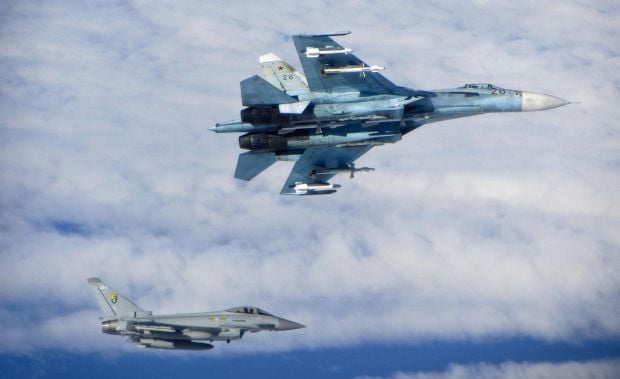 The U.S. military official, speaking on condition of anonymity, said the two aircraft came within five miles (8 km) of one another. The test lasted about three minutes, the report says.

A U.S. defense official said the test did not amount to joint training with the Russians, as Moscow has described it in a statement.

"We put on hold all military to military cooperation following the onset of Russian aggression in Crimea, and that remains in effect," the official said, speaking on condition of anonymity.