At least 20,000 people have marched through Bucharest in Romania, calling for resignations in the wake of a fatal fire at a nightclub, according to the BBC. 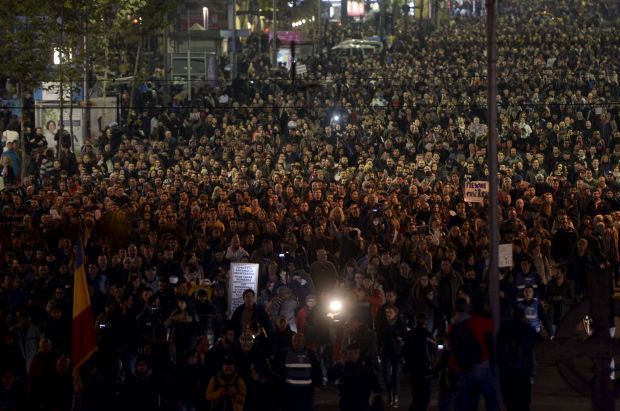 Three owners of the club have been arrested following the fire, which started when fireworks were set off by a band performing at the venue. Thirty-two people were killed, the report says.

Protesters accuse the authorities of corruption when granting permits and conducting safety inspections. 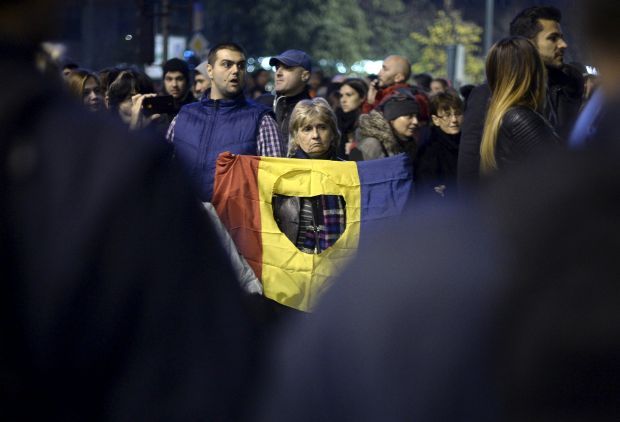 Friday's fire broke out at about 23:00 (21:00 GMT) at the Colectiv club, which was hosting a free rock concert by the band Goodbye to Gravity. Up to 400 people are thought to have been inside.

Survivors say the fireworks caused the ceiling and a pillar to catch fire and produce heavy smoke.