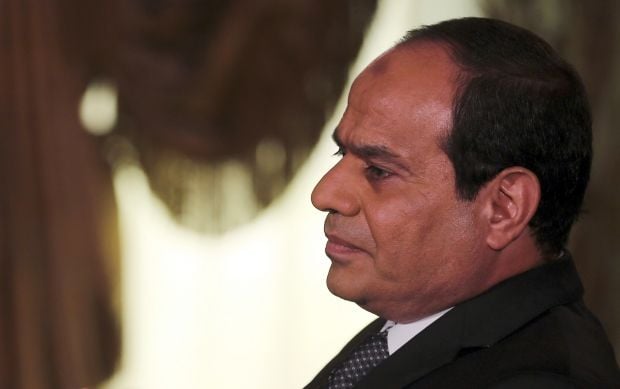 Ahead of a visit to the UK, Sisi told the BBC that Egypt was threatened by extremist groups and feared the collapses suffered by its neighbors.

He underlined that Egypt's situation was different to that of Europe.

Since then, hundreds of people have been killed and more than 40,000 are believed to have been jailed in a crackdown on dissent.

Most of them have been supporters of the outlawed Muslim Brotherhood, but secular and liberal activists have also been prosecuted for breaking a 2013 anti-protest law that gives the interior ministry the power to ban any gathering of more than 10 people.