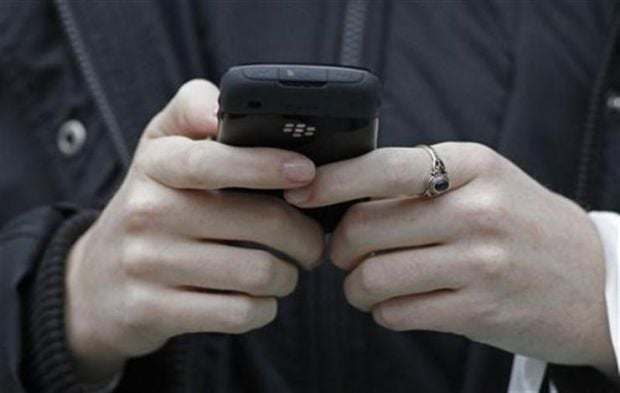 Tomasz Siemoniak, the defence minister, said the exact total had not yet been established, but it could “be hundreds or thousands,” The Telegraph reported.

“The security services brought the matter to my attention and I have asked for clarification,” added Mr Siemoniak. “At the moment it is difficult to say as if this was something serious or not.”

Anything involving the armed forces and Russia can set alarm bells ringing in Poland. As the country spends more on defence and urges theEU and Nato to take a hard line against Moscow, Poland has become a key target for Russian espionage.

Read alsoNATO kicks out Russian spies but revives Kremlin hotlineLast year, two people were arrested on suspicion of being part of a network of a dozen agents in Poland reporting to the GRU, Russian military intelligence.

The Polish press reported that the country’s military counter-intelligence service is investigating the mysterious phone calls. The mobile phones of the recipients usually rang briefly, with the screen showing a Russian number in a manner similar to a common scam whereby anybody who rings back is charged an extortionate rate.

How the phone numbers—all of which were owned by the same mobile operator—became known to callers in Russia will also be investigated. But the Polish defence ministry stressed that “serious or confidential” phone calls on national security did not use mobile networks.

Read alsoNew NATO counterintelligence training center to fight Russian espionage The mass calling of phones recalls the blanket texting of participants in Ukraine’s Maidan revolution in 2014, when users of all three of the country’s main mobile networks simultaneously received identical SMS messages saying they had been “registered a participant in a mass disturbance.”

That message, apparently sent by the security services to intimidate protesters, appeared to target any mobile phone on or near Independence Square in Kiev, rather than employees of a specific agency, as in the Polish case.

The Ukrainian networks, which denied involvement in the message, said the numbers targeted could have been gathered by a "pirate tower" designed to identify mobile phones in a certain area.

Andrei Soldatov, a researcher into the Russian security services, has suggested that the phone numbers of protesters in the area could also have been identified by SORM, the electronic surveillance programme used by Russian and several other post-Soviet intelligence services.

The Russian foreign ministry declined to comment on the phone calls to Poland.