At least 50 protesters were arrested at the Million Mask march in central London on Thursday night, including two for assaulting police officers, after protesters threw missiles and set off fireworks and flares, The Guardian has reported. 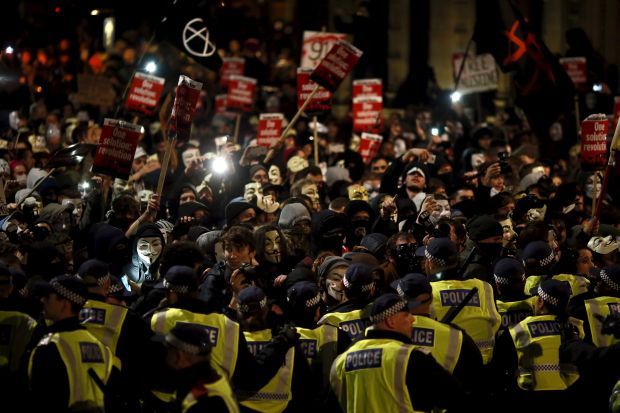 The Metropolitan police said three officers were taken to hospital after being injured, while some protesters were treated for bloody injuries and given first aid at the scene, the report says. 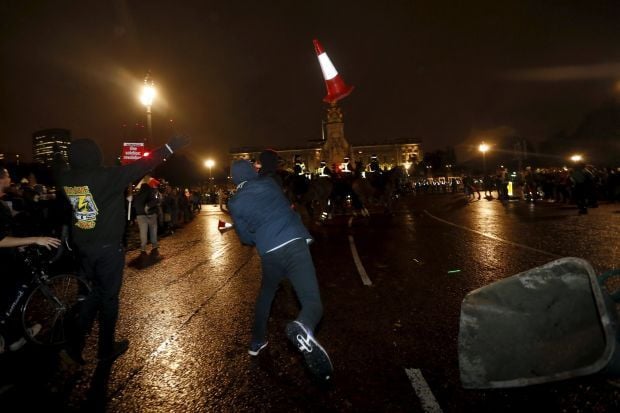 What started off as a peaceful protest descended into violence when activists clashed with officers. A police car was set alight and its windscreen smashed near Green Park as thousands of anti-capitalist campaigners flowed past the capital's landmarks wearing the trademark Guido masks of the Anonymous hacking group. 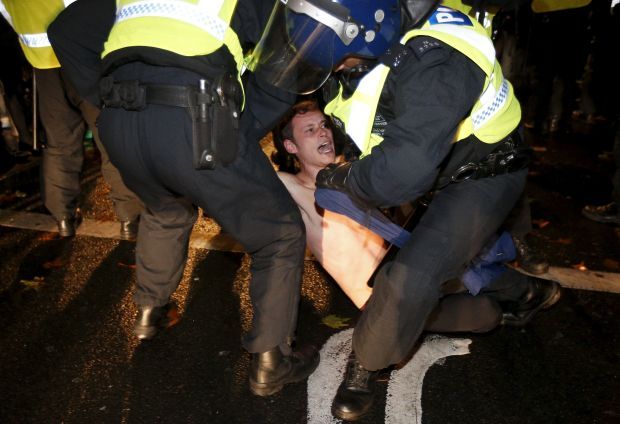 Three men were arrested before the march began after a police search turned up knives, smoke and paint grenades, gas canisters and lock picks. The three men, aged 38, 55 and 50, were held at a central London police station on suspicion of being in possession of offensive weapons. 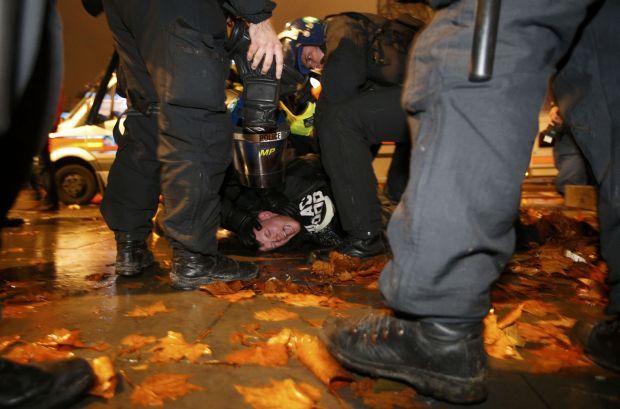 There was a sudden surge of activity about half an hour into the event, as several people at the front broke off and ran towards the Churchill War Rooms. More crowds gathered outside Buckingham Palace, a long way from the agreed route.

Some tried to enter Great George Street, a short distance from Conservative party headquarters, which was closed off. A line of police and mounted officers formed a barrier against the densely packed protesters, some of whom were screaming about inequality. Stray bottles were thrust over the barriers towards officers to cheers and chants of "Shame on you, we're human too."

A warning is being broadcast on the side of the national gallery with a laser #MillionMaskMarchpic.twitter.com/DcVWTqn2ip