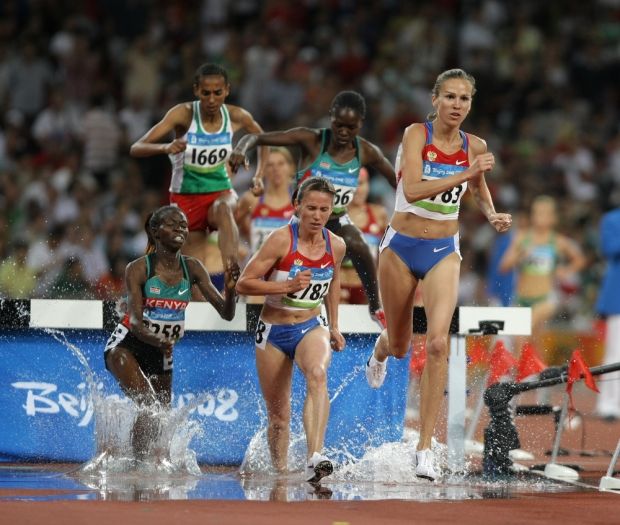 The move to suspend Russia would be among the most drastic taken against a national sports federation, Matthew Futterman, Sara Germano and Paul Sonne wrote in an article titled "Anti-Doping Commission Finds Russia Engaged in State-Sponsored Doping," published by the Wall Street Journal on Monday.

According to a report released Monday, Russia took part in a systemic and state-sponsored doping program for several years, including in the run-up to and during the Sochi winter Olympic Games. The commission's investigation was focused on track and field, but its findings on the corruption of Russia's antidoping organization and its Ministry of Sport suggested that other sports were involved.

Russian officials on Monday said they were still reviewing the findings of the report, but said the antidoping commission didn't have authority to suspend Russian athletes from Olympic competition. Other Russian officials immediately tried to cast the commission's report as part of a political vendetta by the West against Russia.

Sebastian Coe, president of track and field's global governing body, the International Association of Athletics Federations, said the findings of the commission's report are alarming, and that he has asked the sport's leadership council to immediately begin considering sanctions against the Russian track and field federation.

A spokesman for the International Olympic Committee called the report "deeply shocking." In a statement, the IOC said the IAAF should do "whatever it takes to protect the clean athletes and rebuild trust in our sport," leaving the door open for the suspension of Russia's athletics team.

The WADA report said that "the [independent WADA committee] has found that not only was leadership in the fight against doping in sport lacking, but also that there were organized efforts on the part of many senior coaches and officials, inside and outside Russia, to promote doping and make it possible for such efforts to be successful, including the coverup of certain positive cases of doping."

The report alleged that Russian security services interfered with a Moscow antidoping lab ahead of the Sochi Winter Olympics as part of a conspiracy that involved all levels of Russian sport, including having agents present in the lab. During the Sochi Games, Russia pulled off a stunning turnaround from its performance in Vancouver in 2010, where it won 3 gold medals and 15 overall. In 2014, Russia won 13 gold medals and 33 overall.

"The Moscow laboratory is not operationally independent from [the Russian antidoping agency] RUSADA or the Ministry of Sport," the report stated. "Its impartiality, judgment and integrity were compromised by the surveillance of the [Russian Security Service] FSB within the laboratory during the Sochi Winter Olympic Games."

Russian Sports Minister Vitaly Mutko said his ministry would issue a statement later in the day on Monday. "It shouldn't be misunderstood—the commission doesn't have the right to suspend anyone," he told the Russian sports newswire R-Sport. Alla Glushchenko, a spokeswoman for the All-Russia Athletic Federation, said there was no immediate comment on WADA's accusations.

Whether or when actions are taken on the independent commission's recommendations now fall to several authorities. The IAAF said in a statement that it has already begun considering sanctions against the Russian track and field federation, ARAF, including provisional and full suspension from future global track events.

WADA said in a statement it will defer to the authority of the IAAF on the matter of possible suspension of ARAF. Ben Nichols, a spokesman for WADA, said the global antidoping agency will take up the responsibility of determining where doping among athletes occurred and, as necessary, redistribute any medals or prizes earned by noncompliant athletes.

Svetlana Zhurova, deputy chairman of the Russian parliament's committee for international affairs and a former Olympic gold medalist in speedskating, suggested it was against the rules for the IAAF to suspend Russian athletes across the board.

Ms. Zhurova told the Interfax news agency that "it must be shown that the violation is committed by the federation, and not individual athletes." She described the situation as "psychologically unpleasant for all Russian athletes, as some may find it convenient and use it as a way to put psychological pressure on Russian athletes ahead of the Olympics in Rio de Janeiro."

The three-person WADA commission was chaired by former WADA President Richard W. Pound. The other two members were Richard McLaren, an experienced sports lawyer and a long-standing member of the Court of Arbitration for Sport, and Günter Younger, head of department cybercrime with Bavarian Landeskriminalamt.

"For 2016 our recommendation is the Russian federation be suspended," Mr. Pound said in a news conference Monday. "Our hope is that they will accept that." Speaking in reference to recommendations made to Russian officials as a result of the commission's report, he added, "Either get this done, or you're not going to be in Rio. Face it."