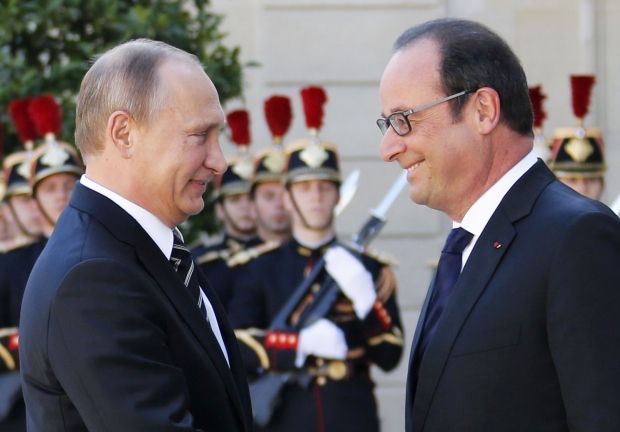 Speaking to a conference of French mayors hours after the police stormed the Paris suburb of St. Denis in a bid to find Abdelhamid Abaaoud, the Belgian man suspected of coordinating the Paris terrorist attacks last week, Mr. Hollande said the raid, during which a woman detonated an explosive vest, “confirms that we are at war,” The New York Times reports.

“Daesh has financial and oil resources, and has created young radical Islamists through complicity in Europe and within our own country,” he told the gathering, using an Arabic acronym for the Islamic State, also known as ISIS or ISIL.

Read alsoPutin, Hollande agree to "coordinate" operations in Syria“Their attacks bloodied Paris and St.-Denis,” he added, “but it is the entire country that has been attacked.”

The White House issued a statement late Tuesday stating that Francois Hollande would meet with Barack Obama in the Oval Office on November 24. The two men will “consult and coordinate our efforts to assist France’s investigations into the attacks, and discuss further coordination as part of the 65-member counter-ISIL coalition.”