Turkey arrests three IS militants in connection with Paris attacks

Three suspected militants from the Islamic State of Iraq and the Levant (IHIL), including one who allegedly explored targeted sites prior to last week's attacks in Paris, have been arrested in the southern Turkish province of Antalya, according to Turkish daily newspaper Today's Zaman. 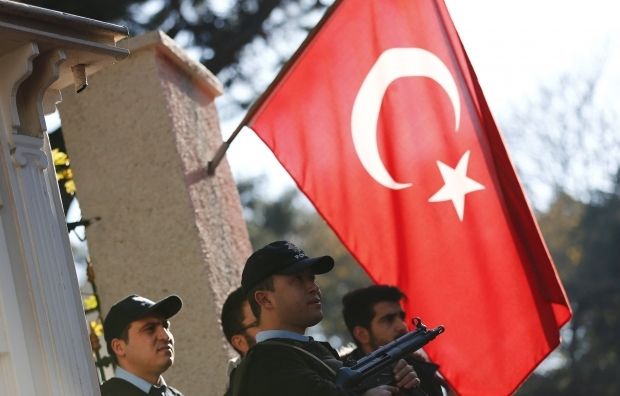 According to the private Dogan news agency, 26-year-old Ahmet Dahmani, a Belgian citizen of Moroccan origin who is suspected of having explored Paris sites attacked by IS, was captured in the Manavgat district on Friday where he was staying at a hotel. Police raided the five-star hotel and detained Dahmani, the report says.

Police also detained two other IS militants, Ahmet Tahir and Muhammad Verd, who were reportedly set to meet with Dahmani, along the Antalya-Alanya Highway.

The two reportedly entered Turkey with fake passports to meet with Dahmani and secure his return to Syria.

The three men were later arrested by an Antalya court.